If the bacteria is good or bad depends on how it is grown. 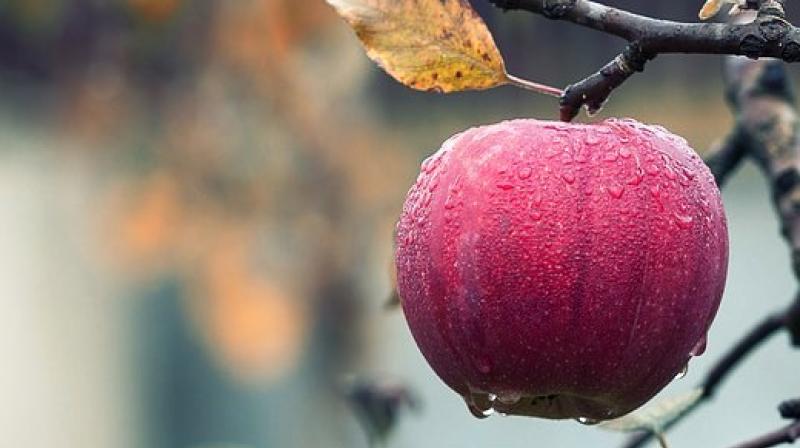 According to the findings, freshly harvested, organically managed apples harbour a significantly more diverse, more even and distinct bacterial community, compared to conventional ones. (Photo: Representational/Pixabay)

Washington: An apple a day keeps the doctor away? Are you sure? According to a recent study, an apple carries about 100 million bacteria. Besides extra fibre, flavonoids and flavour, you're also quaffing 10 times as many bacteria per fruit as your core-discarding counterparts, findings suggest. If this is good or bad for health depends on how they are grown.

Published in Frontiers in Microbiology, a new study shows that organic apples harbour a more diverse and balanced bacterial community - which could make them healthier and tastier than conventional apples, as well as better for the environment.

"The bacteria, fungi, and viruses in our food transiently colonise our gut. Cooking kills most of these, so raw fruit and veg are particularly important sources of gut microbes," says study senior author Professor Gabriele Berg.

The researchers compared the bacteria in conventional store-bought apples with those in visually matched fresh organic ones. Stem, peel, flesh, seeds, and calyx - the straggly bit at the bottom where the flower used to be - were analysed separately.

Overall, organic and conventional apples were occupied by similar numbers of bacteria. "Putting together the averages for each apple component, we estimate a typical 240g apple contains roughly 100 million bacteria," researchers reported.

The majority of the bacteria are in the seeds, with the flesh accounting for most of the remainder. So, if you discard the core - for shame! - your intake falls to nearer 10 million. The question is: are these bacteria good for you?

When it comes to gut health, variety is the spice of life - and in this regard, organic apples seem to have the edge. According to the findings, freshly harvested, organically managed apples harbour a significantly more diverse, more even and distinct bacterial community, compared to conventional ones.

This variety and balance would be expected to limit overgrowth of any one species, and previous studies have reported a negative correlation between human pathogen abundance and microbiome diversity of fresh produce.