She has been struggling with the disorder since 18 years and is now entirely dependent on her family. 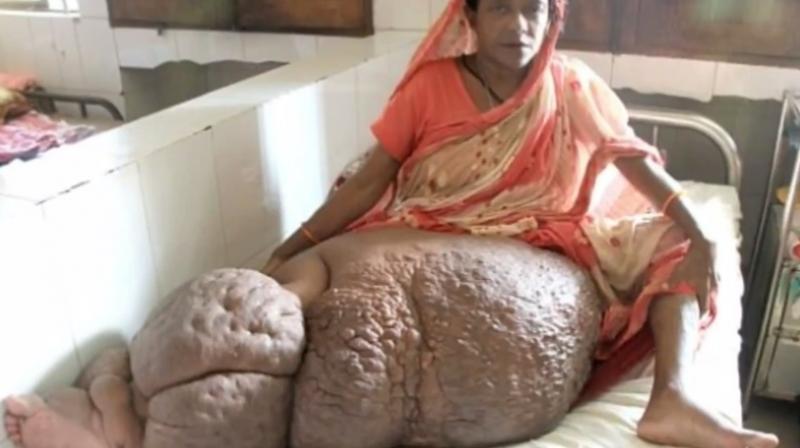 It can be fatal if the swelling spreads to the abdomen (Photo: YouTube)

People across the world are affected by rare conditions which can leave them with life altering physical defects. But while many can be treated, lack of healthcare and awareness in many parts of the world allow such disorders to make a person’s life a daily struggle.

40-year-old Razia Begum from Bangladesh is a mother of two who is mostly confined to her house as a condition has left her with a massive leg weighing 60 kg. She has been battling the disease ever since she got infected after the birth of her daughter 18 years back.

The problem is suspected to be caused by elephantiasis, but nothing can be done without conducting required tests. As of now it isn’t clear how Razia has ended up with the 60 kg leg, but she is entirely dependent on her relatives and feels like a burden.

Previous reports from similar cases indicate that roundworms entering the body through mosquitoes may be causing the disease. It may threaten Razia’s life if the swelling spreads from the legs to the abdomen.

A lot of people suffering from such conditions have been left unable to walk and urinate due to the swelling.