Senior oncologist, Dr K. Sreekanth, explains the difference between prostate enlargement and cancer of the gland. 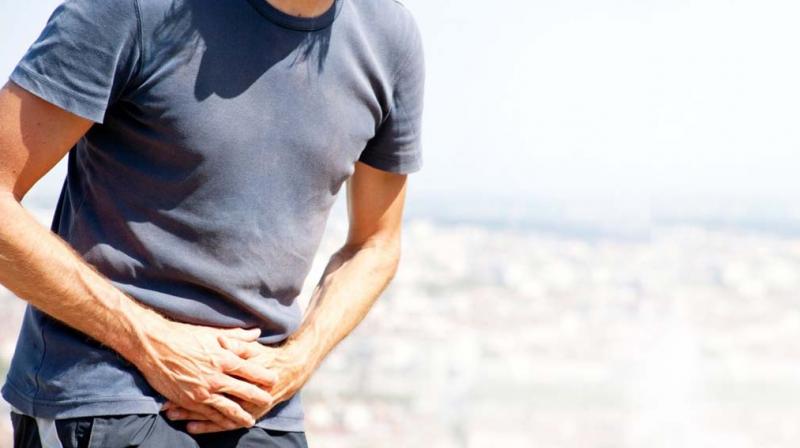 75 to 85 per cent of prostate cancer patients in India are stage 3 and stage 4 patients.

Do you feel the need to urinate constantly? Do you feel that your bladder is not completely empty? You are not alone in your suffering. Seventy per cent of men between 50 and 65 years of age start experiencing these problems. This is because the prostrate, which is a part of the male reproductive system, gets enlarged after 50 years of age.

As the prostrate grows in size, it tightens around the urethra due to which there are problems in urinating. However, not all enlarged glands cause cancer as it is a natural ageing process. Cancer usually develops due to high levels of testosterone, hormonal changes, genetic predisposition and vasectomy.

While the diagnosis in Asian men is low, recent studies in different cities have shown that the incidence of prostate cancer is between two to three per cent and proper medical management in the early stages of prostrate helps, explains Dr K Sreekanth, Senior Surgical Oncologist, Yashoda Hospitals.

What is the reason for the increasing incidence of prostate cancer in India?
Prostate cancer is seen in men over the age of 65 years. The average life expectancy of an Indian has increased significantly when compared to what it was 25 years ago. Lifestyle is one factor which is bringing in more incidences in urban metros of India.

What are the problems caused once the prostate gland enlarges?
Enlargement of the prostate gland is a normal part of ageing. One third of men above 50 years of age will have no symptoms. But in the remaining, it is found that once it enlarges, it compresses the urinary passage, thus causing problems such as poor stream, taking longer to start, dribbling afterwards and more frequent urination at night.

How does cancer develop in the prostate?
Prostate enlargement does not always mean cancer. When it happens due to ageing, it is benign. Hormonal factors in men and high testosterone levels for a long time, have a significant impact on development of this cancer. Some studies have shown that men who underwent vasectomy were found to develop prostate cancer.

At what stage are patients diagnosed with prostate cancer and what are the forms of diagnosis?
About 75 to 85 per cent of prostate cancer patients in India are stage 3 and stage 4 patients. The diagnosis of this cancer is done by an examination to look for any abnormal nodes first, followed by a specific blood test called PSA (Prostate Specific Antigen), as the substance is produced only by the prostate gland. If PSA levels are higher than normal, it is an indicator of an abnormality.

After this, a core needle biopsy confirms the presence of cancer. MRI scans, bone scans and PET scans are also done to determine the stage of the cancer.

What are the treatment options?
Early stage prostate cancer limited to the prostate can be effectively treated by the surgical removal of  the gland itself and is called radical prostatectomy, It is done either by laparoscopy or the robotic method. Stage 3 and stage 4 prostate cancers are treated with either surgical or medical castration followed by anti-androgen medication or radiography for metastatic diseases.

Is there a genetic factor in prostate cancer?
About 10 per cent of all diagnosed prostate cancers are hereditary, which means that the disease runs in the family and the most important risk factor for prostate cancer is a strong family history of the same.