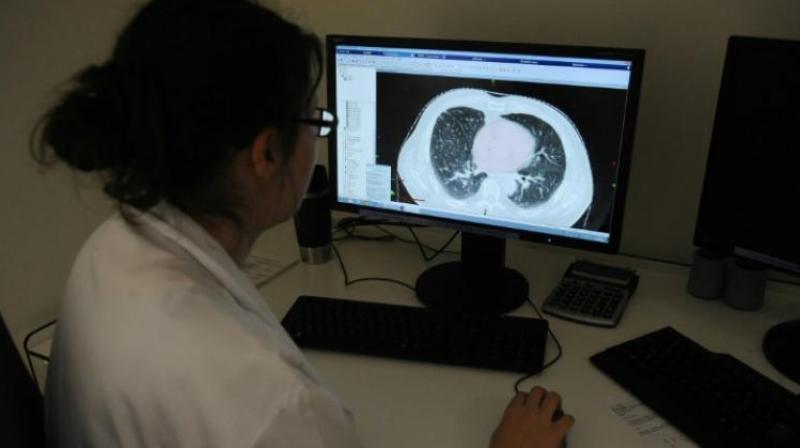 Washington: Researchers have recently found that proton beam therapy is a type of particle therapy that uses a beam of protons to irradiate diseased tissue and in combination with chemotherapy may be effective for treating esophageal cancer in elderly patients.

Esophageal cancer is a cancer of the tube that runs from the throat to the stomach. According to study, proton beam therapy can help improve outcomes in patients aged 65 years and older, to undergo aggressive treatment for their esophagus cancer.

Researcher Scott Lester at Mayo Clinic said that elderly patients experience more post-treatment heart and lung problems and are at higher risk for death after surgery than younger patients after receiving a combination of preoperative chemotherapy and radiation therapy.

They found that patients treated with proton beam therapy experienced lower rates of postoperative heart and lung problems, such as acute respiratory distress syndrome and death.

The team followed 571 patients treated with traditional radiation therapy and chemotherapy followed by surgery at Mayo Clinic Cancer Center, MD Anderson Cancer Center and the University of Maryland Cancer Center from 2007 to 2013.

In the study, 35 percent of patients were age 65 or older at diagnosis and classified as elderly for the study.

None of the patients treated with proton beam therapy experienced a postoperative death, which the researchers think is partially related to proton therapy's ability to reduce the dose to important structures near the esophagus, such as the heart and lungs.