Drastic weight loss or yo-yo dieting is harmful and will take a toll on the body, warn experts. 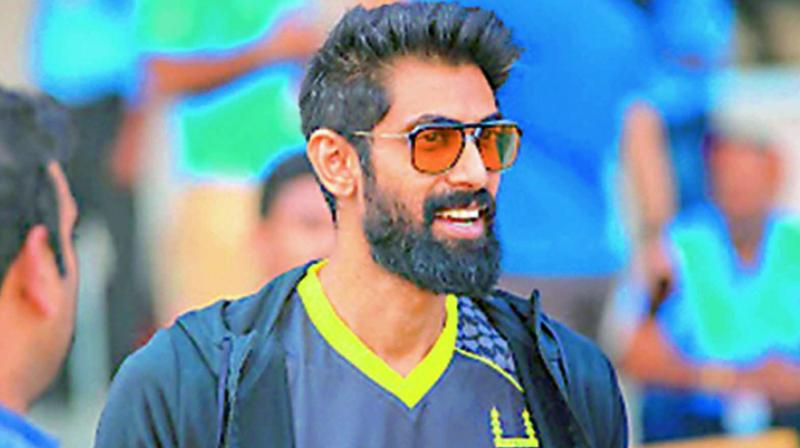 Actor Rana had undergone a dramatic weight loss after Baahubali

Christian Bale, who is well known for his intense method acting and versatility, has undergone drastic body transformations. Earlier this year, the star opened up about how his fluctuating weight has become a concern. Closer home, actor Rana Daggubati recently shared a promotional post on Instagram, which shows the actor to have undergone a dramatic weight loss after Baahubali.

Understanding metabolic math
People go on a short-term, calorie-restricted diet to lose weight for a special occasion and then return to their old habits and quickly regain the weight once the big event is over. When this becomes a repetitive pattern, it’s called weight cycling or yo-yo dieting. For some people, yo-yo dieting is a way of life. Even when weight loss is successful, they eventually regain it, only to start the cycle all over again. While small fluctuations on the scale are normal, the unhealthy behaviour that experts refer to as “weight cycling” is not. “Weight loss during diet/calorie restriction is a complicated topic and needs in depth knowledge,” says Dr B. Ravi Shankar.

Metabolic rate and water weight
The body’s metabolism is higher at the onset of a weight-loss diet. Once the calories are cut down, the metabolism is still high and one tends to lose about 1kg for a calorie deficit of 7,000 Cal. But this has to be usually targeted over two weeks to avoid drastic effects on the body.

However, depending on age, gender, genetics and other factors, after a few weeks or months of weight loss, the body gets used to the chronic calorie deficit and adapts to the changed circumstances and slows its metabolism. In fact, this is a protective strategy by the body, which in drastic circumstances, would let the body survive periods of food shortage and famines. In such cases, the sympathetic system activity reduces, causing hormonal changes such as relative hypothyroidism to develop, which in turn reduces one’s heart rate, blood pressure, temperature, etc. This has positive health benefits in extending lifespan but makes weight loss tougher.

Hence, to continue to maintain weight loss, ones needs to keep decreasing the intake of food, which is extremely hard, needs extreme discipline at all times and may actually be harmful to health after a point. And let’s not forget the other side effects of that situation, including irritability, mood changes, insomnia, absence of menses, lack of sexual interest, bone-density loss and other health risks. Also, this chronic stress damages the adrenal glands, which produce a variety of hormones including adrenaline as well as the steroids aldosterone and cortisol.

Water makes up 50-60 per cent of the human body, the numbers being slightly higher in men. With longstanding energy restriction, the water component — especially the extra vascular component other than in blood vessels — may mask fat loss. Calorie deficit and other stressors such as lack of sleep and excessive particularly aerobic exercise may affect adrenal and other hormones further and may cause drastic fluctuations. It is possible to have up to 10kg of weight fluctuation in a day.

How yo-yo dieting relates to obesity
Dr Ravi Shankar warns that people who undertake extreme dieting are at particular high risk with ‘refeeding’ if they consume a lot of food suddenly. “They need careful reintroduction of gradually increasing calories under medical monitoring,” he says.

Almost all the volunteers of semi-starvation diet experiments actually overshot their previous weight, which lasted months or longer as their body’s mechanism to protect against potential starvation. “Calorie restriction and weight loss are very important for longevity and health benefits, particularly in the backdrop of current obesity epidemic and its attendant health complications. So also, it is best to reduce calories gradually and avoid/decrease refined and unprocessed foods and add more vegetable-based, fibre-rich diet for prolonged and consistent results,” adds Dr Ravi Shankar.

Bariatric surgery and the bottom line
Bariatric surgery induces significant weight loss for severely obese patients, but there is limited evidence of the durability of weight loss compared with nonsurgical matches and across bariatric procedures. “Human body’s evolutionary survival advantage conferred upon people the ability to store energy reserves in the form of excess fat to tide over frequent periods of starvation. Now, with the abundance in food in most places, particularly the processed and refined kinds, combined with the more sedentary lifestyle humans have these days, obesity is rapidly increasing all over the world including developing nations. The result is huge morbidity and mortality risks with diabetes, high blood pressure, cardiac diseases, strokes, arthritis, infertility, sleep apnea and death,” explains Dr Ravi Shankar.

But despite the bleak scenario, Dr Ravi Shankar assures a way out. “Plan to lose any unwanted weight slowly, by making healthier dietary choices and committing to regular physical activity. Even if good nutrition and exercise don’t lead to immediate weight loss, it’s improving the metabolic health and lowering one’s risk of health issues in the future,” he says. The doctor urges people to focus on nutrition and exercise not as a means to weight loss but as a means to achieve the important benefits such a healthy lifestyle can offer.