Life   Health  25 Nov 2019  Food outlets near schools can be cause of obesity among children
Life, Health

Food outlets near schools can be cause of obesity among children

Studies reveal that proximity to food joints puts children at higher risk of being obese. 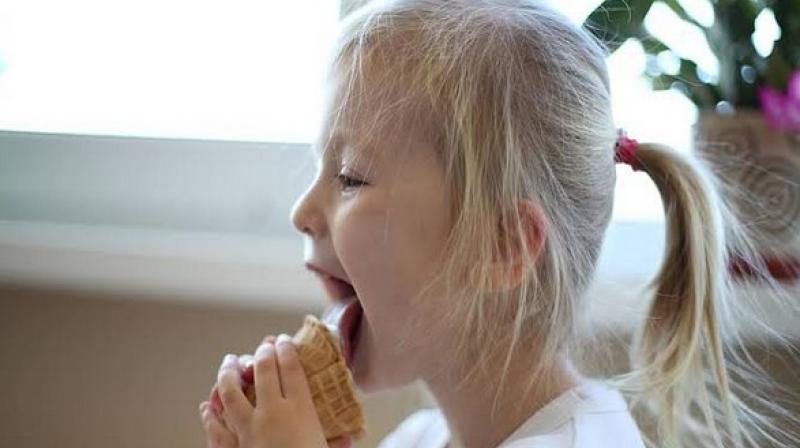 The study was published in the journal, 'Obesity.' (Photo: ANI)

Washington: Children who have got food joints near their schools or home get addicted to junk food, and such situations influence their eating habits, suggests a recent study conducted by researchers at NYU School of Medicine. The study was published in the journal, 'Obesity.' As measured in city blocks, proximity to fast and convenience food sellers can impact a student's chances of becoming obese.

For every half or full block farther away from that students lived from unhealthy food sources, obesity figures dropped from between 1 per cent to more than 4 per cent, depending on the type of food outlet, according to the study authors.

The team's findings stemmed from an analysis of public-school records from kindergarten through high school, which included periodic measurements of children's height and weight. Researchers used mapping software to compare that information with how far every child lived from sellers of both junk and healthy foods at fast food outlets, corner stores, sit-down restaurants, and grocery stores.

"Our study indicates that living very close to food outlets with a lot of unhealthy, junk food choices is likely not good for reducing the risk of children being overweight and/or obese," said senior researcher Brian Elbel. "Just having food outlets a block farther away -- and potentially less convenient or accessible -- can significantly lessen children's chances of being obese or overweight," added Elbel.

Even a drop in obesity rates of just a few percentage points, he says, translates into potentially saving thousands of children from obesity and its associated health problems, including increased risks of heart disease, diabetes, and early death.

Elbel, an associate professor in the Department of Population Health at NYU School of Medicine and at the NYU Wagner Graduate School of Public Service, says the findings could support policies that limit fast food outlets and corner stores to keep them at a minimum distance away from housing complexes or neighbourhoods with persistently high rates of obesity.