First spread of bird flu from cat to humans detected

The infected veterinarian was involved in obtaining respiratory specimens from sick cats. 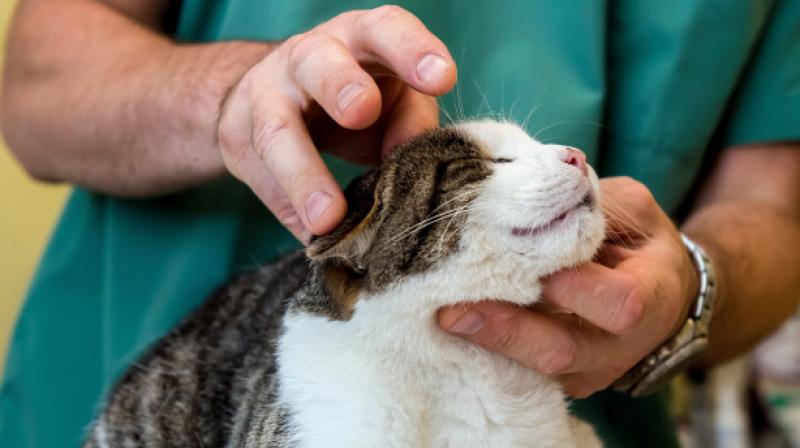 The illness was mild, short-lived, and has resolved (Photo: AFP)

New York: In what may be the first known transmission of bird flu from cats to humans, a veterinarian in the US has been infected with a strain of avian flu that spread among more than 100 cats at animal shelters.

However, the New York City Department of Health and Mental Hygiene (DOHMH) in the US said that its ongoing investigation of the outbreak of H7N2, a strain of influenza A virus, among cats housed at Animal Care Centres (ACC) shelters confirms that the risk to humans is low.

The infected veterinarian was involved in obtaining respiratory specimens from sick cats. The illness was mild, short-lived, and has resolved.

More than 160 employees and volunteers, including several people who had similar exposure to sick cats, were screened by the Health Department and not found to have infection.

The Health Department also contacted more than 80 per cent of the people who adopted cats from the shelter and none is suspected of having H7N2.

There have been two previous documented human cases of H7N2 infection in the US - one in a person managing an outbreak of the virus in turkeys and chickens in 2002 and the other with an unknown source in 2003.

Both of these patients also had mild illness and recovered. This is the first reported case due to exposure to an infected cat. There has been no documented human-to-human transmission.

"Our investigation confirms that the risk to human health from H7N2 is low, but we are urging New Yorkers who have adopted cats from a shelter or rescue group within the past three weeks to be alert for symptoms in their pets," said Health Commissioner Mary T Bassett.

Since last week, more than 100 cats have tested positive for H7N2 across all NYC shelters. This was expected because the virus is highly contagious among cats.

All of the newly infected cats are experiencing mild illness and have been separated from other animals in the shelters.

One cat admitted to the shelter with H7N2 infection died. ACC suspended adoptions of cats once the virus was discovered.

The Health Department, working with ACC, has identified a location where the cats will be quarantined soon, which will allow ACC to resume full intake and adoption of cats.