The findings have been published in the journal Clinical Imaging. 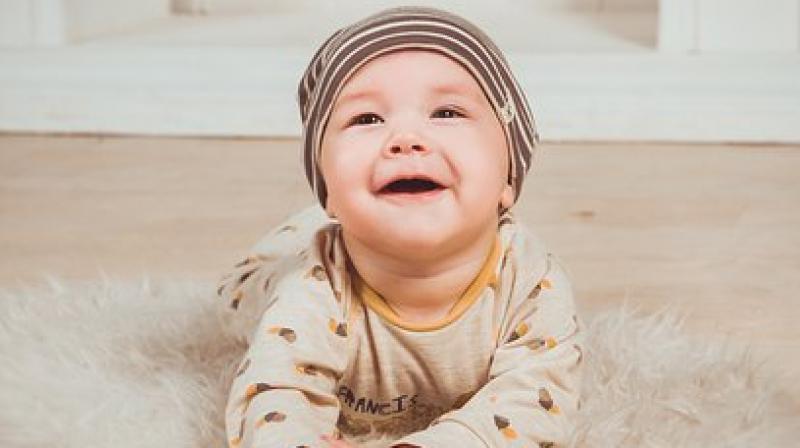 A premature infant, born more than 3 weeks before the due date, has narrowed upper airways as compared to newborn peers carried to full term.

"In addition to finding some airway volumes were smaller in preterm infants, our results indicated both sets of newborns had similar hypopharyngeal volumes. This suggests that risk factors that lead to OSA are confined to the uppermost airway and do not appear to be explained by enlarged adenoids and tonsils," says Anilawan Smitthimedhin, lead author of the paper.

In order to diagnose OSA, clinicians now use bronchoscopy, but the method has limitations, including the need to insert a lighted instrument into the airway, which can affect pressure and resistance within the airway.

The Children's National research team theorized that magnetic resonance imaging (MRI) could offer a non-invasive way to evaluate the upper airway, determine its anatomy and dynamic function, while shielding infants from radiation exposure that can accompany other imaging techniques.

They enrolled 96 infants who had undergone brain MRIs as part of an unrelated study about neonatal brain development. The newborns had a range of medical conditions, including suspected hypoxic ischemic encephalopathy, cardiac disease and seizures/movement disorders.

Forty-nine of the infants were born preterm; at the time of the MRI, their corrected mean gestational age was 38.4 weeks. Forty-seven of the newborns were born full term; they received MRIs at 1.7 weeks of age.

The airway structures of interest included the nasopharynx (the upper part of the pharynx), oropharynx (located at the back of the mouth behind the oral cavity), hypopharynx (the entrance into the esophagus), adenoids and tonsils. The team displayed the volumetric imaging in three perpendicular planes and a three-dimensional model.

Aided by volumetric 3D data that more accurately measures airway and lymphoid tissue, the team proposes to study a larger group of infants to determine whether narrowing of the uppermost airways predisposes very young children to experiencing OSA later in life.

"Ultimately, our goal is to incorporate dedicated, dynamic MR imaging of the airway while children sleep, which would provide real-time, detailed information about the changes associated with sleep. This innovation holds the promise of leading to more accurate, non-invasive diagnosis of OSA in infants," says Dorothy Bulas, M.D., chief of Diagnostic Imaging and Radiology at Children's National.

The findings have been published in the journal Clinical Imaging.