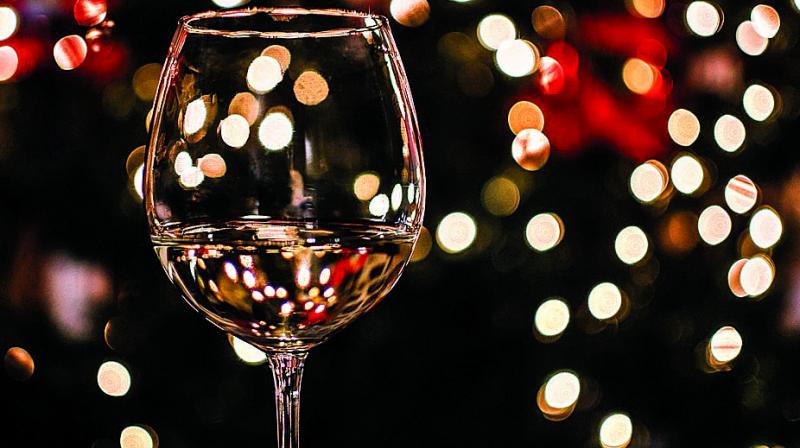 Washington: A study has found that greeting cards themed on alcohol consumption and drunkenness send the message that binge drinking is normal and acceptable, and reinforce drinking as a social norm.

According to the study, published in the Journal of BMJ, birthday and Christmas cards featuring alcohol or harmful drinking reflect and reinforce a social attitude that excess alcohol consumption is acceptable and associated with celebration, thus undermining messages broadcasted in the media on public health.

"These cards influence views on drinking and reinforce this as a social norm," said Tracey Polak, a researcher.

In 1980, an analysis of greeting cards revealed that the notion that getting drunk is a natural and desirable concomitant of celebrations, and that drunkenness is humorous, enjoyable, and harmless, was quite popular.

Today, one billion greeting cards are sold in the UK annually, and alcohol remains a popular theme.
Illustrations and texts portray alcohol as enjoyable and fun and can range from a glass of champagne with the word 'Cheers' to those that are more excessive and encourage binge drinking, explain the authors.

Phrases such as 'let's get wrecked', 'all the gin' and 'trollied' are printed across images of people clearly drunk, surrounded by empty bottles, drinking directly from a bottle, or in some case unconscious. But the idea that excess drinking as shown on many greeting cards is normal, enjoyable and to be encouraged is at variance with public health messages, they argue.

They point out that over 10 million people in the UK are drinking at levels which increase their risk of health harms, and alcohol consumption is the leading risk factor for ill-health, early death and disability in those aged 15 to 49.

As the card market adapts and produces new themes, they say it is worth considering whether it influences societal views or whether societal views influence the card market. They suspect the truth lies probably in the middle. "As cards with alcohol themes become more prevalent then a cultural norm develops where drinking in association with celebration becomes the expected."