Here are four ways Christmas is good for you

Experts say mulled wine has antiooxidants good for heart, charity activates regions of the brain associated with pleasure among others. 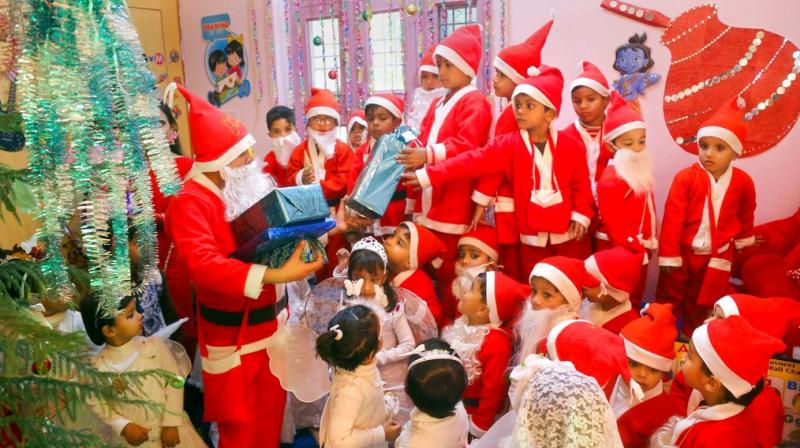 While we may all crib about having to spend so much money during the holidays or invariably ending up eating too much of unhealthy food, not to mention the stress and expens e of buying presents, it turns out that Christmas actually comes with several hidden health benefits.

According to a story published in MailOnline, Christmas can be packed with antioxidants, good exercise for the lungs and can even help lengthen one’s lifespan.

Drinking mulled wine, because it is good for the heart: Mulled wine, a popular Christmas beverage, is traditionally served hot and made from red wine, citrus fruits like oranges, and mulling spices including cinnamon, nutmeg and star of anise.

Red wine has an antioxidant known as resveratrol. Found in grape skin, resveratrol has been found to reduce the risk of cancer and heart disease as well as suppress inflammation and blood clots.

And fragrant spices used in mulled wine aren't just good for your nose and taste bud; studies have shown that cinnamon, for example, contains anti-inflammatory properties, which can help your body fight infections and repair damage to body tissue.

Nutmeg, meanwhile, has been found to aid digestion as well as reduce bloating, gas and diarrhea.

Giving gifts activates regions of your brain associated with pleasure: That warm sensation you get when you give a gift doesn't just make you feel good - it is actually good for your mind and body.

A 2006 study funded by the National Institutes of Health found when people thought about donating money to charity, it activated regions of their brain linked to pleasure - which also responds to stimuli including food and sex.

Putting up Christmas decorations can help make friends: Psychologist Deborah Serani told TODAY Home that decorating for Christmas causes a spike in dopamine, a hormone that plays a role in our sense of reward.

A study published in the Journal of Environmental Psychology found that people displaying Christmas decor are viewed as more friendly and sociable.

Singing Christmas carols can improve lung capacity: Psychologists told DailyMail.com that listening to Christmas music too early could be bad for your health by triggering stress over pressure to buy and spend.

However, belting out carols can actually improve health.

A 2017 study from the University of Limerick in Ireland of nearly 1,800 choir members found that choral singing had several benefits, including a social connection and cognitive stimulation.

And, according to the British Lung Foundation, singing can also increase your lung capacity and strengthen muscles to give you more controlled breathing.