Life   Health  26 May 2018  Commutes on foot or bike tied to lowered risk of heart attack or stroke
Life, Health 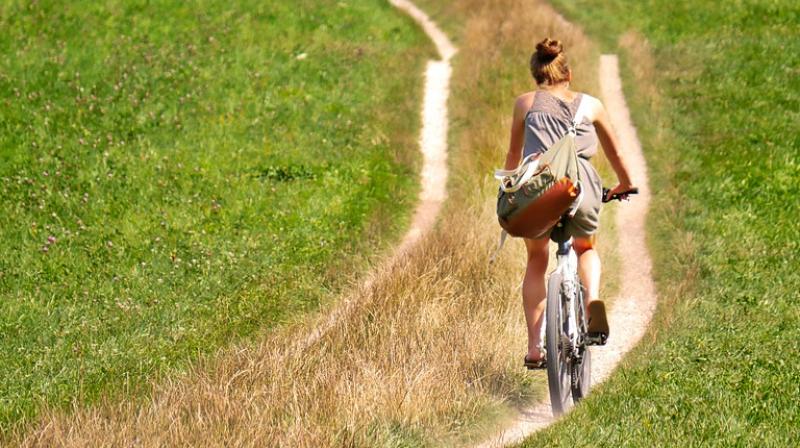 Public transport often involves walking so can be a very effective way to build regular activity into your daily life. (Photo: Pixabay)

Commuters who abandon their cars in favour of walking or biking to work are less likely to develop heart disease or to die from it than people who drive to the office, a recent study suggests.

Researchers in the UK examined data on 187,281 regular commuters and 171,498 adults who didn’t routinely travel to work. About two-thirds of the commuters relied exclusively on a car to get to work.

“The study suggests that replacing car journeys with more active patterns of travel may help people reduce their risk of heart disease and stroke,” said lead author Dr. Oliver Mytton of the University of Cambridge.

“For most people this means walking or public transport, instead of using the car,” Mytton said by email. “Public transport often involves walking - to or from bus or train stops - so can be a very effective way to build regular activity into your daily life.”

While physical activity has long been linked to a lower risk of cardiovascular disease, many adults spend much of their day in sedentary jobs and compound this lack of movement with inactive commutes. Sedentary time has also been independently linked to an increased risk of premature death.

When people do find time to exercise, even if it’s just to bike or walk or stroll to a bus or train station to get to work, it can help them maintain a healthy weight and keep blood pressure, cholesterol and blood sugar levels in a healthy range, Mytton said.

“All of these factors reduce risk of heart disease or stroke,” Mytton added.

People who were regular commuters at the start of current study were a bit younger than those who didn’t travel to work: 52 years old compared with 61 years old.

Commuters also spent a little more time each week participating in sports, but the people who didn’t travel to work spent more of their leisure time walking, the authors note in the journal Heart.

Among the people who were not regular commuters, more active forms of travel were associated with an 8 percent lower risk of death from all causes during the study.

The study wasn’t a controlled experiment designed to prove whether or how commuting by foot, bike, bus or train might directly lower the risk of heart disease.

Researchers also lacked data on any changes in commuting habits over time.

Still, the findings offer fresh evidence of the benefits of finding ways to fit even a little bit of exercise into daily routines, said April Mohanty of the Veterans Affairs (VA) Salt Lake City Health Care System and the University of Utah School of Medicine.

“Assuming the environment supports more active travel routines, such as accessible, safe bike and walking paths, incorporating physical activity into travel, even for only part of the journey, may be a convenient strategy to improve health,” Mohanty, author of an accompanying editorial, said by email.