Keep your phone away for a good night’s sleep 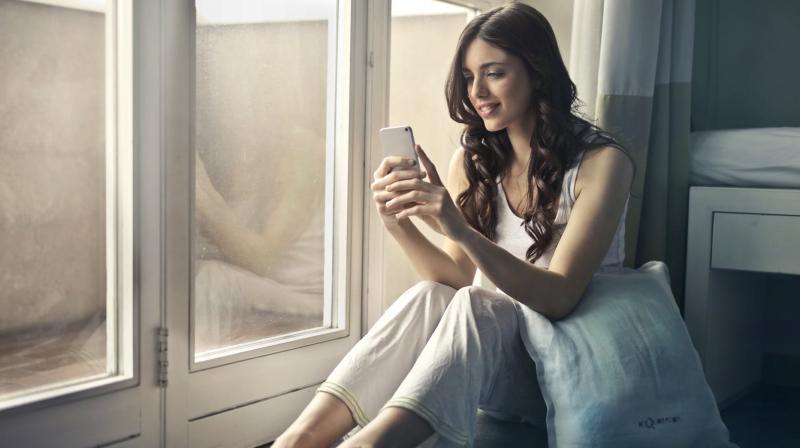 With smartphones having made in-roads into every aspect of our lives, it is not a surprise it has followed us into our beds too. The constant stream of photons exposed to our eyes sends our braina signal to stay awake, preventing us from sleeping.

While it may seem that at this point that it is impossible to get rid of the phone from our lives, Dr Dan Seigel, professor at the UCLA School of Medicine thinks the problem is not insurmountable. We still have the power to exercise control over the digital domain, he feels.

Looking at your phone just before going to sleep is harmful as it sends a signal to your brain that it is not time to sleep yet. Whether it is 10pm, 12 midnight or 1am; stay away from your phone once you plan to go to sleep. Some people use the phone till they feel sleepy, but that creates a Catch-22 situation; you use the phone because you aren’t sleepy, but you aren’t sleepy because you are using the phone! Dr Seigel explains that staring at the backlit screen tells your brain “Don’t secrete melatonin.” That is the hormone we need to regulate sleep, and if we cheat our body out of it, then it’s inevitable that your sleep will suffer, reported The Epoch Times.

“You’re checking [your phone] some more because you’re up, after all,” the doctor said, empathising with the vicious cycle, “so why shouldn’t you check?” “We now know,” he further explained, “that what sleep is likely doing is allowing your active neurons to rest.” Sounds good, doesn’t it? But more than that,” Dr. Siegel continued, “the supportive cells, called ‘glial cells,’ are now cleaning up the toxins that the neurons produced.” In effect, sufficient sleep is like a deep clean for the brain.

People wake up feeling fresh after a few hours of sleep, so they think that 4-6 hours of sleep is more than enough. But studies say that if we don’t get 7-9 hours of sleep a night, the body doesn’t effective clean all the toxins. To top that, it affects our efficacy of the following day. Sleep deprivation impairs memory and problem-solving skills and decreases attention span.

Alarmingly, insulin levels go for a toss which then slow metabolism. Decrease in insulin levels stimulate appetite and cause you to eat more thus leading to weight gain. “As if that weren’t enough,” said Dr. Siegel, “it’s actually toxic to the connections in your cells.”

Keep away from your smartphones and laptops for atleast an hour before you sleep. It allows your body enough time to secrete the naturally produced melatonin to prepare your boy for a fruitful night’s sleep.