According to researchers approach to tumor cells with nanoparticle delivery systems hold promise for treatment of resistant tumors. 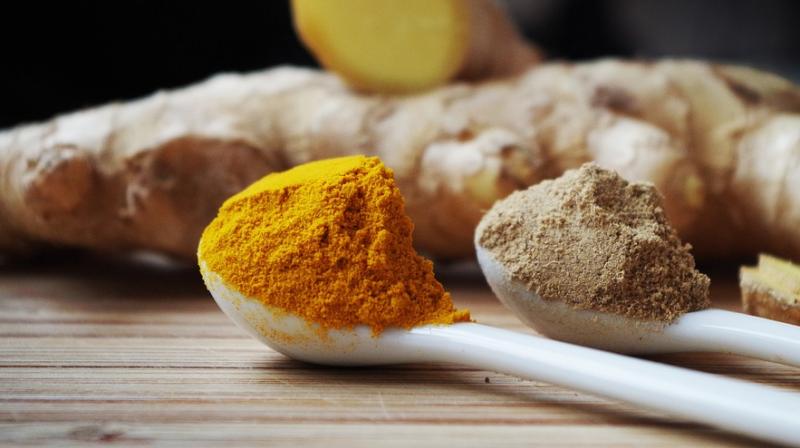 Curcumin has been shown to have substantial anti-cancer ability (Photo: Pixabay)

New York: Attaching curcumin - a compound found in turmeric - to nanoparticles can be used to destroy treatment-resistant neuroblastoma, the most common cancer in infants, researchers including one of Indian origin claim.

"High-risk neuroblastoma can be resistant to traditional therapy, and survival can be poor," said Tamarah J Westmoreland, a paediatric surgeon at Nemours Children's

Hospital in the US.

"This research demonstrates a novel method of treating this tumour without the toxicity of aggressive therapy that can also have late effects on the patient's health," said Westmoreland, senior author of the study published in the journal Nanoscale.

Neuroblastomas are cancers that start in early nerve cells and commonly form in the tissue of the adrenal glands, near the kidneys.

High-risk neuroblastoma is hard to cure and is more likely to become resistant to standard therapies or recur.

These cancers are also associated with late effects after treatments have ended, including developmental delays, hearing loss, or other disabilities, researchers said.

Curcumin has been shown to have substantial anti-cancer ability, but its low solubility and poor stability have made its use in medicinal applications challenging.

Researchers found that nanoparticles can be used to deliver curcumin to tumour sites.

"This shows that nanoparticles can be an effective delivery vehicle for cancer drugs," said Professor Sudipta Seal, from University of Central Florida (UCF) in the US.

"More research is needed, but we are hopeful it could lead to more effective treatment of this devastating disease in the future," said Seal, a collaborator on the study.

In the study, researchers loaded Cerium oxide nanoparticles with curcumin and coated them with dextran to test in cell lines of a high-risk form of neuroblastoma, known as MYCN-amplified, as well as non-amplified neuroblastoma.

This formulation induced substantial cell death in neuroblastoma cells while producing no or only minor toxicity in healthy cells, researchers said.

Overall, the nano-therapeutic treatments showed a more pronounced effect in MYCN-amplified cells, which are traditionally more resistant to drug therapies, they said.