Pre-cancer cervical surgery tied to the birth of small babies 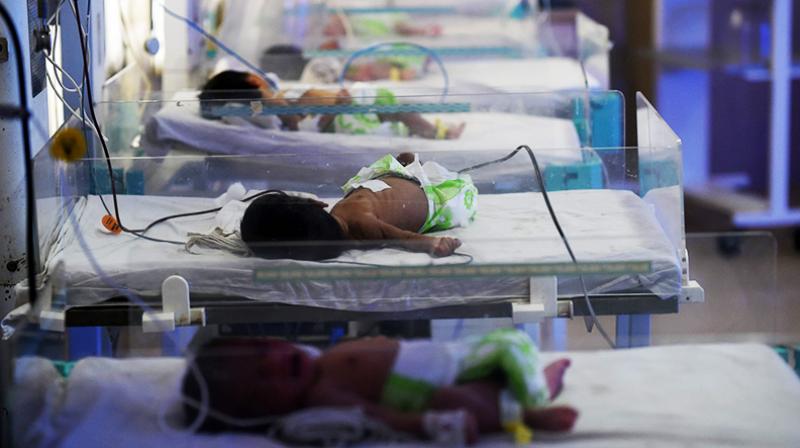 Women who had surgeries that cut out at least one centimeter of tissue were more than twice as likely to those who didn't have surgeries. (AFP)

Women who get surgery to treat precancerous abnormalities on their cervix are more likely to have premature or low-birth weight babies than women who don’t have these procedures, a recent study suggests.

Researchers focused on women with a common condition known as cervical dysplasia, abnormal tissue growth that is typically caused by the human papillomavirus (HPV). Milder cases of dysplasia may go away on their own, but doctors often surgically remove abnormal tissue in more severe cases to help prevent the condition from progressing to full-blown cervical cancer.“Women who have already had the surgery to remove pre-cancerous lesions may want to wait a while to get pregnant, as we found the risk of pre-term birth increased even more if women gave birth within a year of their surgery,” said study co-author Allison Naleway, of the Kaiser Permanente Center for Health Research in Portland, Oregon.

And when women gave birth within one year of cervical surgery, their odds of these complications more than tripled.Compared to women who didn’t have surgery, those who did were more likely to be smokers, overweight or obese and first-time mothers.Researchers looked at several common surgical methods for removing or destroying precancerous tissue, including excising cells with a scalpel or destroying tissue with a laser, using a thin wire loop to burn tissue with an electrical current or using a device that freezes tissue.

One limitation of the study is that researchers lacked data on excision thickness for some women and also didn’t have information on a variety of factors that can influence pregnancy outcomes like women’s income and education levels, marital status and type of insurance.