Research finds one of the components in scorpion venom can reduce severity of disease in animal models, without inducing side effects. 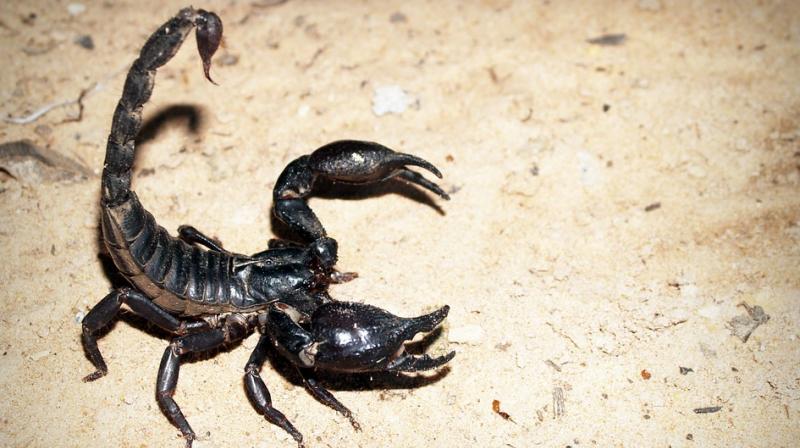 "Rheumatoid arthritis is an autoimmune disease - one in which the immune system attacks its own body. (Photo: Pixabay)

Washington DC: Turns out, a component found in scorpion venom can reduce the severity of rheumatoid arthritis.

According to a study conducted by Baylor College of Medicine, a treatment that improves the lives of nearly 1.3 million people with rheumatoid arthritis might originate from scorpion venom, one day.

A group of researchers led by Dr. Christine Beeton has found that one of the hundreds of components in scorpion venom can reduce the severity of the disease in animal models, without inducing side effects associated with similar treatments.

"Rheumatoid arthritis is an autoimmune disease - one in which the immune system attacks its own body. In this case, it affects the joints," said Beeton.

"Cells called fibroblast-like synoviocytes (FLS) play a major role in the disease. As they grow and move from joint to joint, they secrete products that damage the joints and attract immune cells that cause inflammation and pain. As damage progresses, the joints become enlarged and are unable to move."

Current treatments target the immune cells involved in the disease and none are specific for FLS. Beeton and her colleagues studied FLS looking for an 'Achilles' heel' that would allow them to prevent or stop them from damaging the joints.

"In previous work, we identified a potassium channel on FLS of patients with rheumatoid arthritis and found that the channel was very important for the development of the disease," Beeton said. "We wanted to find a way to block the channel to stop the cells damaging the joints."

Potassium channels work by opening gates on the surface of cells that allow potassium ions - small charged atoms - to flow in and out of the cell. The flow of ions through the channels is necessary for the cells to carry out many of their essential functions.

"Scorpion venom has hundreds of different components. One of the components in the venom of the scorpion called Buthus tamulus specifically blocks the potassium channel of FLS and not the channels in other cells such as those of the nervous system," said first author Dr. Mark Tanner.

"Here, we investigated whether this venom component, called iberiotoxin, would be able to specifically block the FLS potassium channel and reduce the severity of rheumatoid arthritis in rat models of the disease."

The study is published in the Journal of Pharmacology and Experimental Therapeutics.