'All-out' workouts adding up to just 60 seconds within a ten minute session were shown to improve insulin sensitivity. 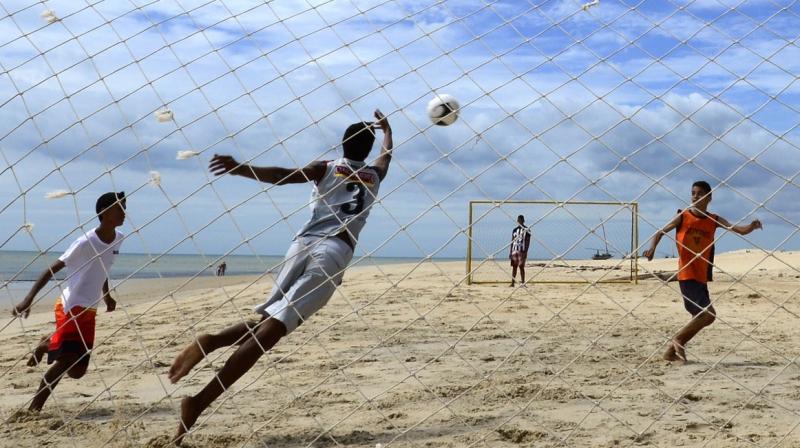 Washington: After spending the whole day in school, ask your kids to play for ten minutes daily as it can reduce your child's risk of having heart disease, stroke and diabetes, in adulthood, reveals a study.

According to scientists, replacing light-intensity physical activity with brief periods of vigorous exercise may provide significant cardiometabolic benefits in kids - particularly those with large waist measurements and elevated insulin levels in their blood.

"The results suggest that substituting modest amounts of vigorous physical activity for longer-duration light exercise may have cardiometabolic benefits above and beyond those conveyed by moderate activity," said lead author Dr. Justin Moore.

"But as vigorous activity was independently associated with only two of the markers examined, it may be that its truly meaningful benefits may be limited, relative to less-intense exercise," Moore added.

The study, conducted at Wake Forest University in North Carolina in the US, analysed data from more than 11,000 kids between ages four and 18.

The researchers focussed on records that included the child's age, gender, level of physical activity and at least one biomarker - a measurable indicator of a medical state or condition - of cardiometabolic risk.

They found 32 significant associations between biomarkers and vigorous physical activity out of a possible 360. 'All-out' workouts adding up to just 60 seconds within a ten minute session were shown to improve insulin sensitivity and c ardiorespiratory fitness.

"If such studies provide robust results, a relatively brief but intense dose of physical activity - perhaps as little as 10 minutes day, which is certainly feasible for most youth - could turn out to be part of a "prescription" for children to achieve or maintain cardiac and metabolic health,' he added.