Unsupervised use of certain drugs and supplements can cause liver damage and is known to be one of the leading causes of acute liver failure. 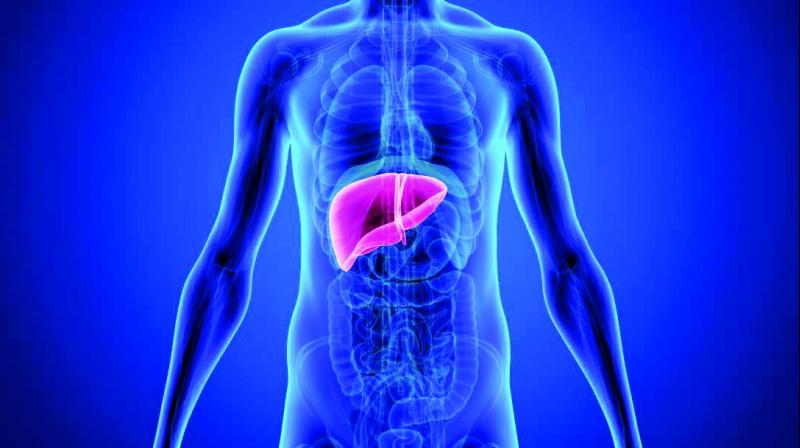 There are no specific diagnostic tests to determine DILI. It is diagnosed mostly based on clinical suspicion where the use of various drugs over a prolonged period of time is evaluated.

Injury to the liver due to prescription and non-prescription drugs, dietary supplements, and herbal and ayurvedic medicines is a growing problem with the annual incidence rate rising from 139 to 240 in every million people.

Drug-induced liver injury (DILI) is also stated to be one of the leading causes of acute liver failure. “In Asia, it has been documented that herbs and health foods or dietary supplements are some of the most common causes of DILI. Apart from the metabolic pathways being affected due to external factors, internal factors like genetic determinants, age, gender, and co-existence of liver diseases, also predispose people to DILI,” explained Dr Naveen Polavarapu, consultant gastroenterologist and transplant hepatologist at Apollo Hospitals.

Q What is drug-induced liver injury?

Drug-induced liver injury (popularly called DILI) is an acute insult caused to the liver by certain toxic drugs which harm the liver. The liver is exposed to all the drugs and toxins which are absorbed in the gastrointestinal tract, making it the organ which has to sustain the insult from time to time.

Q Which drugs have been identified to cause liver injury?

Q It has also been found that a combination of drugs and substances can cause liver injury. Which are these combinations that people should be aware of?

There are many combinations of drugs that might cause liver injury. The most widely known combination is that of alcohol and toxic levels of paracetamol. This combination is deadly and can cause liver failure, which can lead to an urgent need for liver transplantation. The toxic dose of paracetamol is 5000 mg per day. Very few studies have been done on the role of statins in altering liver function, and we require more evidence to back such studies.

Patients who are on multiple drugs experience adverse toxic reactions and they have to be evaluated from time to time. Other drugs like oral contraceptive pills, anticoagulants, and those prescribed to treat mental health issues are also found to insult the liver.

Q What combinations of food and drugs should people with liver disease avoid?

There are no particular food restrictions for persons suffering from liver disease. It all depends on what stage we’re talking about. In its final stage (cirrhosis), for example, salt should be very strictly avoided. Salt causes water retention, which can cause fluid accumulation in the stomach and legs.

There is also a myth that people with liver disease, colloquially termed jaundice, should avoid meat. This is completely wrong as people suffering from liver diseases are deficient in protein and a high-protein diet is, in fact, recommended for such individuals. Foods like chicken, egg whites, milk, and fish, should be consumed on a regular basis to avoid malnutrition.

Q What are the types of injuries caused?

Hepatotoxic drugs can cause varied alterations in the liver function, anything between self-limiting inflammation to acute liver failure. Hence, the use of any hepatotoxic medication needs close monitoring of liver function tests. Any jaundice or yellow discolouration of the eyes should be brought to the attention of doctors. The evaluation of altered liver function includes scanning the abdomen, other necessary blood investigations, and regular follow up of the patient after withdrawal of the culprit drug.

Q What are the symptoms that people must look out for?

The first and most important symptom is the yellow discolouration of the eyes or urine. There can also be constitutional symptoms like abdominal discomfort. If such symptoms are observed, it is highly advisable to seek medical help as early identification helps to halt the progression of the injury to the liver by withdrawing the drug.

In the case of known hepatotoxic drugs like ATT, regular monitoring of liver tests is mandatory for patients. ATT drugs should be used with caution and doctors must counsel their patients about the side-effects of the drugs in terms of liver injury.

DILI is definitely a curable condition provided the culprit drug is withdrawn early, which is possible only through early diagnosis. Hence regular monitoring of liver tests of patients on ATT drugs is required.

Q Which group of patients with liver diseases needs more attention to ensure that this injury is avoided?

Those who are suffering from Hepatitis B, C, or HIV, are at a heightened risk of injury. Those who are on multiple drugs and those who have been prescribed hepatotoxic drugs must be followed up. Those using unscientific drugs are often found to report when it's too late, and that is another major group where liver injuries are missed out.