Movies and books also affect you positively, but gaming does more since a person has to engage in it more actively 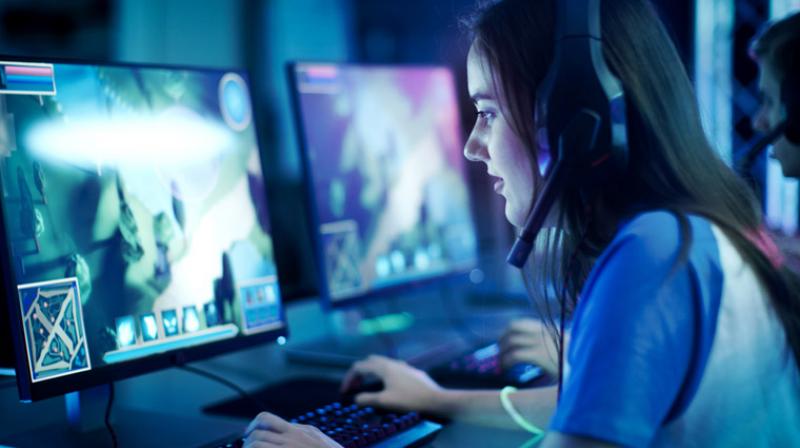 Hyderabad: The deadly Covid pandemic has had a lot of effect on people’s mental health. Left with ample free time in their hands due to the lockdown, many are taking this seriously and finding ways that suit them to deal with their mental health dilemmas.

While traditional solutions like yoga and therapy are still popular, there are more players in the field now. To deal with these testing times, some are also turning towards gaming, a favourite past-time for many, pandemic or not. Now, gaming — an aggressive competitive past-time — might not sound like an option many would choose for dealing with stress and anxiety, but results and data say otherwise.

According to a Forbes study, the gaming industry has seen a 73 per cent growth since the beginning of 2020, and over the last 5 years, there has been more research linking video gaming to positive mental health and well-being. Another study, done by Microsoft, found that 84% of people agreed gaming has positively impacted their mental health over the past year, while 71% said gaming helped them feel less isolated.

One such gaming start-up that is working towards mental health and female-friendly games is Gamestacy, a Bengaluru-based game developer company. Started in August 2016 by Danish Sinha, Gamestacy mainly focuses on breaking the stereotypes, empowering women gamers to engage in gaming.

Speaking to the newspaper on the positive effects of gaming on one’s mental health, Danish said, “Since everybody was in lockdown and there was no means of going outside, interest in TV shows and gaming spiked up. The gaming industry boomed, giving us a chance to grow.

Movies and books also affect you positively, but gaming does more since a person has to engage in it more actively and put their mind and skills in the game.”

“Gaming takes you to another place, allowing you to forget your present situation, and this improves a person’s mental health because they tend to come out of their state of anxiety or depression, at least for a while, resulting in positive and competitive thoughts,” Danish elaborates.

Gaming also influences an individual’s personality, Danish says, given if the game is positive and emotional and helps a person think in a better way. “However, there are games that affect a person in a negative way, and those should be avoided,” he adds.

And that’s not it. Danish says that gaming also helps in improving one’s attention span. “Games like Temple Run or bike racing games engages the player actively, thus making them more attentive, while playing mind games or memory games strengthen the memory of a person and make them sharper,” he says.

But there is more to Gamestacy and its contribution to improving mental health. The company particularly focuses on one demographic — women — for whom outlets to let out their anger and frustration is comparatively less.

Even within the gaming community, it’s not the same for women and men. As Danish says, “I had personally seen that women players either mute their microphones while playing the game or change their names because they’re afraid they will face backlash and harassment from their fellow male players.” But Gamestacy tries to solve this to an extent through their platform itself. “So, in our games, we have a chat box which is very limited and all the communication happens in a highly moderated way, thus paving way for a safe gaming zone,” he added.

Talking about the idea behind the company, Danish said, “There are a lot of challenges for women in this industry and we wanted to solve those. We wanted to give women a platform where they can either let out their anger from the real world or have some relaxing time while playing a game. That is how Gamestacy was born.”

Gamestacy has, till now, launched three female-friendly games — Turny Road, Nuclear Reaction and Instagame. With their upcoming game ‘Influenzer’, they plan to initiate a change in the current gaming scenario, which currently has the bare minimum to offer to female gamers.

Speaking about the immense response that the games have received till now, Danish said, “We have a male to female ration of 30/70. We have received multiple positive feedback from young girls and women regarding our games. Some praised the multiplayer features and said that it is unique with fun and engaging.”

“Many said they wanted more diversity in gameplay and asked for more customization options for them to mix and match in dress-up games. Many like the consent-based system with which they can choose if they want to send or receive negative feedback or not,” Danish added.