Life   Health  27 Dec 2017  Pot-smoking on the rise among US pregnant women
Life, Health

Pot-smoking on the rise among US pregnant women

Across all age groups, marijuana use during pregnancy increased from 4 percent at the start of the study to 7 percent by the end. 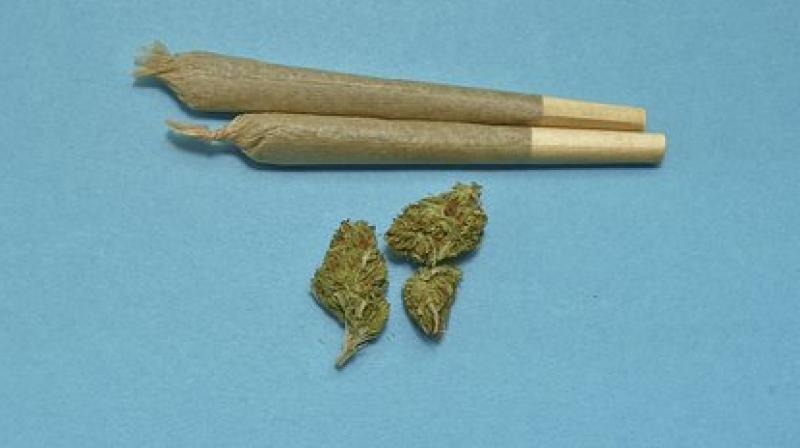 Across all age groups, marijuana use during pregnancy increased from 4 percent at the start of the study to 7 percent by the end. (Photo: Pixabay)

A growing number of pregnant women are using marijuana, and the habit is expanding fastest among teens and young adults, a US study suggests.

Among teen mothers under age 18, marijuana use during pregnancy surged from about 13 percent in 2009 to almost 22 percent in 2016, researchers found. Over that same period, the proportion of pregnant women aged 18 to 24 using marijuana rose from 10 percent to 19 percent.

Across all age groups, marijuana use during pregnancy increased from 4 percent at the start of the study to 7 percent by the end.

“Prior nationally representative studies have found that the prevalence of marijuana use among US adult pregnant women has increased over time; however, these studies have not included objective measures of biochemically verified marijuana use and likely underestimate the prevalence,” said lead study author Kelly Young-Wolff and senior author Dr. Nancy Goler, both of Kaiser Permanente Northern California in Oakland.

Marijuana is the most commonly used illegal drug during pregnancy, researchers note in JAMA. Some previous research suggests that prenatal marijuana exposure may impair fetal growth and neurodevelopment.

For the study, researchers examined data on more than 279,000 pregnant women who were treated at Kaiser Permanente facilities that did universal screening for marijuana use as part of standard prenatal care.

Women typically completed questionnaires asking about drug use when they were around eight weeks pregnant and then got lab tests during the same checkup or within the next two to four weeks.

Drug tests sometimes revealed marijuana use that patients didn’t disclose on the questionnaires, and some women who reported drug use passed the screening tests, the study found.

It’s possible, but unlikely, that some lab tests revealed drug use before pregnancy because marijuana can be detected up to about 30 days after the last use, researchers note. The results of drug screening early in pregnancy also might not reflect what happens for the remainder of pregnancy.

“We are just scratching the surface in terms of understanding cannabis use in pregnancy,” said Dr. Marcel Bonn-Miller, a researcher at the University of Pennsylvania Perelman School of Medicine in Philadelphia who wasn’t involved in the study.

Although results from screening in Northern California might not reflect rates of drug use in other parts of the study, the trend is still alarming, Bonn-Miller said by email.