The increase in the level of ketones in the body can cause life-threating condition ketoacidosis, which requires hospitalization 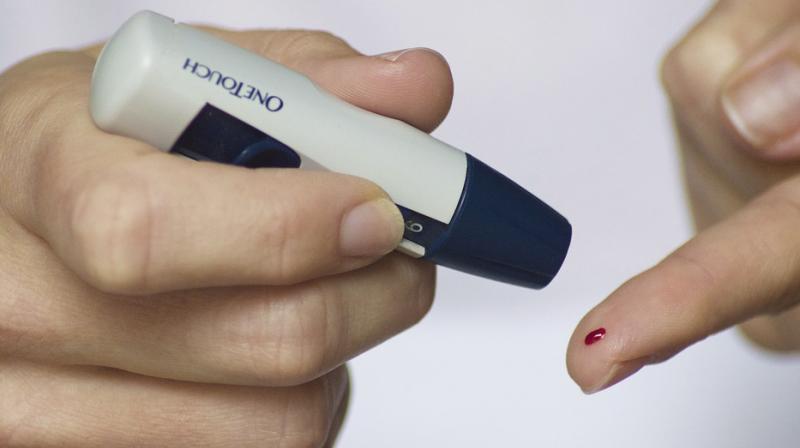 Parents should check the level of ketones in their child's body because type 1 diabetes is most common in children. (Photo: Pixabay)

Many people with type 1 diabetes don’t check frequently enough for buildup of ketones, acids that can cause serious damage to the kidneys and other organs, according to a U.S. study.

Ketone monitoring is particularly important when patients with type 1 diabetes are sick or have consistently high glucose levels, the authors write in Diabetes Care.“Ketones occur when the body burns fat instead of using carbohydrates for fuel,” lead author Anastasia Albanese-O’Neill told Reuters Health by email.

“If high glucose levels and ketones remain untreated, there is an increased risk for a life-threatening condition called diabetic ketoacidosis, which requires hospitalization,” said Albanese-O’Neill, a pediatrics researcher at the University of Florida in Gainesville.Dangerously high ketone levels can happen to anyone with diabetes, though the problem is rare in people with type 2, according to the American Diabetes Association.

People with type 1 diabetes have lost the ability to produce any insulin, so ketones can occur when insulin doses are missed, or when the body’s insulin requirements rise due to stress or illness, she said.“Monitoring for ketones as recommended allows for early detection and treatment. Ketone testing supplies are available over the counter without a prescription at a local pharmacy and online,” Albanese-O’Neill said.

About 5 percent of people with diabetes have type 1, according to the American Diabetes Association.Type 1 diabetes is most commonly diagnosed in young kids, and for that reason it used to be called juvenile diabetes. But the disease does not go away, and it can also be first diagnosed in adulthood. While children usually have caregivers to help them manage the disease, adults typically need to manage it themselves.

Part of that management is regularly testing urine or blood for high levels of ketones. To see how well patients keep up with this requirement, researchers examined data from about 3,000 people who answered an online questionnaire Participants included parents of children 4 to 12 years old and adults aged 18 to 89.More than 60 percent of participants had urine ketone testing kits at home and 18 percent had blood ketone monitors, researchers found. But about one third of the respondents did not have any ketone testing supplies in their homes at the time of the survey.

If cost or other factors are a barrier to obtaining supplies, these need to be identified and remedied, Albanese-O’Neill said.Overall, 30 percent of the study participants said they never checked for ketones, and 20 percent said they rarely checked. Young kids were more likely to have been tested for ketones compared to adults.

“If they are uncertain when they should be checking for ketones, or don’t know how to test, they should ask their diabetes care team for additional education and training. This is a fundamental diabetes self-management skill for people with type 1 diabetes,” Albanese-O’Neill said.Diabetes care providers and educators should never assume their patients with type 1 diabetes know the proper protocol for ketone monitoring, she added.

“Some may have been diagnosed before ketone testing was the standard of care, others may never have been taught, and still others may have been so overwhelmed with the diagnosis that the knowledge was lost,” Albanese-O’Neill said.The diabetes care team has the opportunity during routine visits to evaluate patients’ understanding of ketone monitoring, and provide education and training as needed, she said.

“Somewhere around 1 in 300 or 400 children in the United States develop type 1 diabetes,” said Dr. Michael Gottschalk, associate director of the Pediatric Diabetes Research Center at the University of California, San Diego, who wasn’t involved in the study.There has been a steady 3 percent annual increase in the number of cases in Europe and the U.S. over the last decade, if not longer, he added.

Gottschalk thinks parents are good at checking ketones in their young children. “But when it gets to adolescence that becomes an issue just in terms of compliance, and it seems that obviously, adults are no better or even worse than the adolescents,” he said.