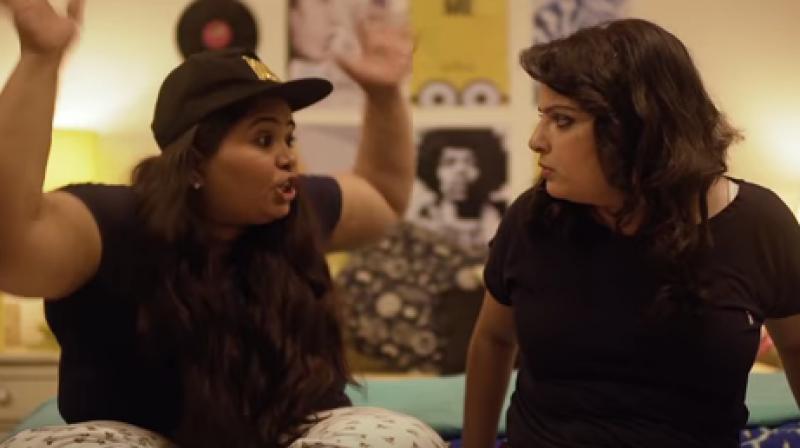 The video about a woman's issues when she takes a pregnancy test has already got over 4 lakh views and is going viral. (Photo: Youtube/AIB)

Women talking about sex in the open has always been an issue in India and it is only becoming better now because of the internet. All India Bakchod or AIB as they are popularly known have posted a new video that depicts a woman’s issues when she has had unsafe sex and the video is quite hilarious.

The video has given funny names to a woman’s ‘besties’ mainly Vagayenti – Moistus Maximus for the vagina, Clitika – Pleasures Buttonus for the clitoris and Geeta Boobita – Jiggius Wiggius for the breasts. The video address the issue when a woman has unprotected sex and is talking to herself finding reasons to blame it on the need rather than careless and it is really funny.

The video also features Gandu – anus in a funny guest appearance and obviously men as Homo and Erectus tempting the girl. The video has already got over 4 lakh views and is going viral.