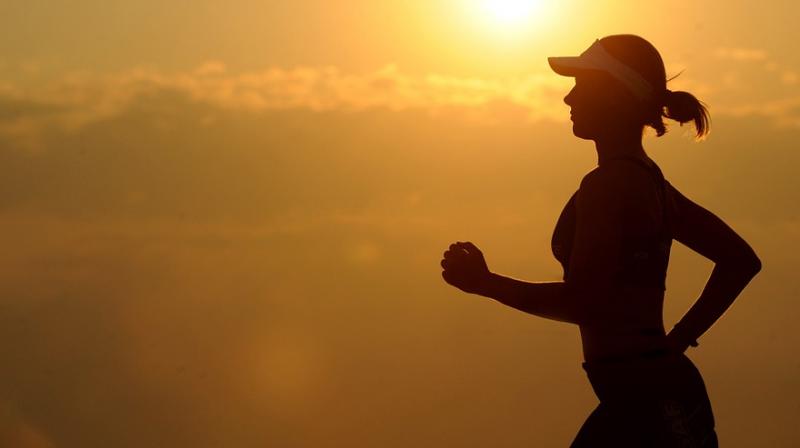 Cardiovascular exercise training may help slow the decline in brain function seen in Alzheimer’s patients, a new review of past research suggests.

Researchers assessed data from 19 studies conducted between 2002 and 2015 that examined the effects of exercise on cognitive ability in 1,145 people at risk of or diagnosed with Alzheimer’s disease. Nearly 90 percent were randomized controlled trials, which are the most reliable type of study.

Aerobic exercises include brisk walking, jogging, swimming, cycling and other activities that boost the heart rate and strengthen the heart and lungs.

On average, participants exercised 3.5 days per week at moderate intensity, with each session lasting 30 to 60 minutes. While the programs tested in some of the studies were as short as 8 weeks, others lasted more than 6 months.

Results indicated that exercise - specifically, cardiovascular exercise - had a strong favorable impact, researchers reported in the Journal of the American Geriatrics Society.

“We found a statistically significant increase in cognitive function that favored the groups receiving the exercise interventions compared to the non-exercise control groups,” lead study author Gregory Panza, from the University of Connecticut in Storrs, told Reuters Health by email.

For example, he said, among people with similar cognitive test scores at the start, “an individual in the exercise group would score higher on the cognitive function tests than 69% of patients in the non-exercise control group” by the end of the study.

Cognitive function was most commonly assessed using the Mini-Mental State Exam (MMSE), but other validated tools also were used. The tools evaluate things like problem solving and processing speed, motor ability, multi-tasking and recollection of events as well as object recognition and ability to plan, all of which serve as proxies for mental sharpness.

The positive effect of exercise wasn’t the only thing researchers discovered.

“True, we found that brain function improved,” coauthor Linda Pescatello, also from the University of Connecticut, said in a phone interview. “But in the group that did not receive exercise, there was actually a deterioration. This deterioration was unanticipated and really accentuates the importance of our findings.”

Adding resistance training to aerobic exercise did not appear to make a difference, however.

This study is the first to suggest that aerobic exercise may be more effective than other types of exercise when the goal is to preserve the cognitive health of older adults at risk of or with Alzheimer’s disease, Panza said.

“Exercise can change the brain chemistry. It can change neurotransmitters associated with depression, anxiety and stress as well as brain chemicals associated with learning,” said Carol Ewing Garber, Director of the Applied Physiology Lab at Columbia University, Teachers College, in New York City, who wasn’t involved in the study. “These changes can result in improved mood, resilience to stress and improve functions of the brain such as processing speed, attention, short term memory and cognitive flexibility among other things.”

“To date, evidence supports aerobic exercise as the preferred modality for (Alzheimer’s disease), but more studies are needed to confirm this,” Pescatello said. “This is a relatively new area of research, and there really just isn’t enough data available to make a clear determination.”