The necrotic mass on her boob was also infected with E.coli and required treatment with antibiotics for seven days. 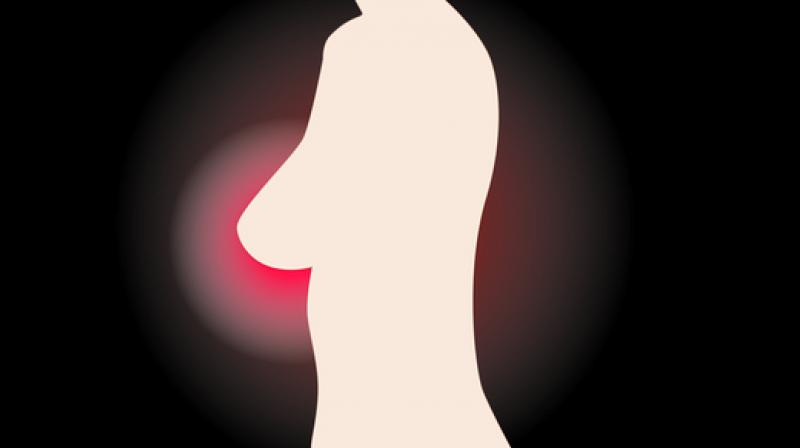 Doctors discovered she had an ulcer on her left breast and that her flesh had begun to die. (Photo: Pixabay)

The 56-year-old first noticed two small lumps on her left breast 18 months before seeking treatment. However, four months before she was admitted to hospital she started experiencing fevers, fatigue and difficulty breathing.

Her temperature was regularly as high as 38 degrees and she was too exhausted to get out of beds on most days.

When, a week prior to going to the hospital she fainted, she was taken to Mount Sinai Medical Center in Florida where doctors discovered she had an ulcer on her left breast and that her flesh had begun to die.

The woman was discharged and referred for outpatient chemotherapy.

Shockingly, the necrotic mass on her boob was also infected with E.coli and required treatment with antibiotics for seven days.

According to Dr Israel Ugalde, who treated the patient, wrote in the BMJ that the patient never sought out medical care for the breast mass out of financial concerns for the cost of diagnosis and treatment.

The doctor added, “Breast cancer screening is recommended starting at age 40 in select women and biennially in all women aged 50–74 years. Meta-analysis exhibits a 62 per cent relative reduction of advanced breast cancer in patients over the age of 50 who participate in screening mammography.”