Being the first to board a plane is a bad idea, says study

Priority boarding dramatically increases the risk of infection if a passenger is sick. 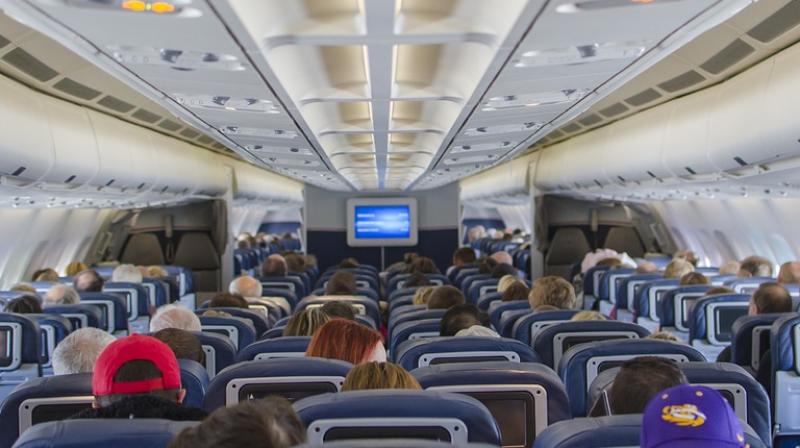 According to the study, most airlines board by zones starting with first class and then moving on to other sections until the plane is full. (Photo: Pixabay)

A new study has revealed that priority boarding in a plane is bad for the health as it increases the likelihood of spreading diseases.

According to the study, most airlines board by zones starting with first class and then moving on to other sections until the plane is full.

However, according to a team of mathematicians who analyzed the boarding process say that ‘zone boarding’ puts most people at risk, even if one of them is unwell.

According to them, the best way to combat it is by using the two zone boarding process by which they seat half the plan from the front and half from the back. According to the research, this would lower passenger contact by almost 27 percent.

Another solution, according to them, is that airlines should opt for smaller commercial planes to decrease risk of infection in the wake of outbreaks like Ebola.

The research that was carried out at the Arizona State University studied boarding scenarios on planes to see how a disease would spread if one person was infected.

The results showed that the method of boarding in zones with first class at the front increased the likelihood of someone being exposed to the infected individual.