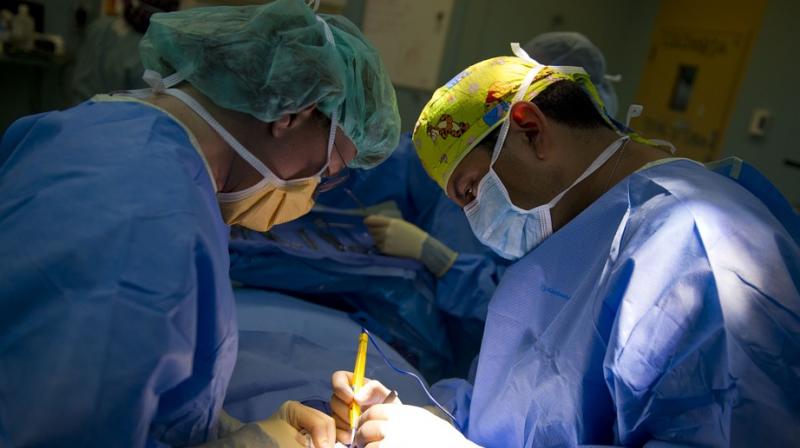 For the past two years, many plastic surgery doctors have honed in on a new social media trend where they live stream operations to millions on Snapchat.

Since the rise of the 'Snapchat Surgeon', according to Daily Mail, there a growing number of patients, allowing people on the site to watch their procedure.

The unusual approach was created by Dr Michael Salzhauer, known as Dr Miami, the report revealed. He is so popular that he was even nominated for a Shorty Award as Snapchatter of the year. In the past year, his viewership has increased and he is booked solid until 2019.

While the new trend is certainly controversial, many believed he went too far when he started dressing up in costumes, playing hip hop music and holding up a patient's fat to the camera during surgery.

That is when the American Society of Plastic Surgeons (ASPS) decided to publish strict guidelines when using social media in a operating theatre. Many professionals do not understand the benefit of Snapchat in this way other than it giving the doctor's business a promotional boost.

However, Dr Matthew Schulman, another very successful plastic surgeon has a different approach. He currently has five million viewers on his Snapchat account, the report revealed.

Dr Schulman argues these videos help people know the kind of work a surgeon can do. "Most of the patients that come to see me now are already actively following me on Snapchat, so they’ve already seen me do the surgery that they’re interested in," Dr Schulman told the Daily Mail. "They’ve seen the results, they know my team. So they’re coming in confident, and they’re coming in already having me pre-selected as their surgeon," he added.

Henny, one of his patients told the Daily Mail, she felt confident picking him to get a Brazilian butt lift because of his videos. "He was exactly the same in person as he was on his Snapchat. He knew what he was doing, and I’d seen him do it. I felt like I was in safe hands, and he was familiar," she said.