According to the study published in the Journal of Child Health Care most children develop picky attributes around the age of two. 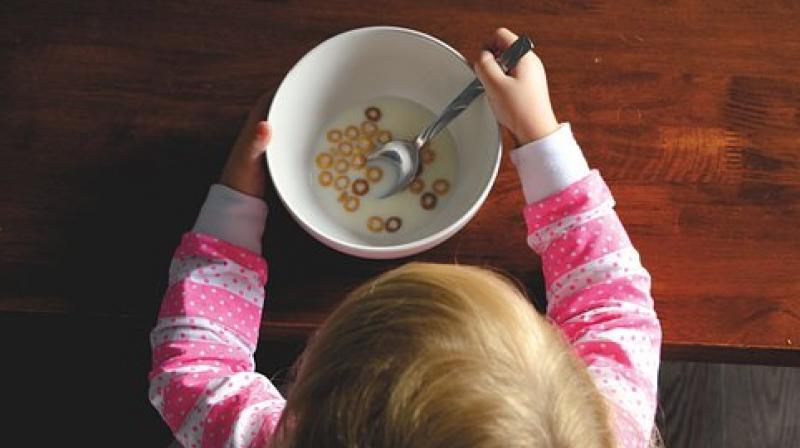 Children are always fussy when it comes to food, and parents do their best to outsmart, trick or persuade them into eating all foods without bias. (Photo: Pixabay)

A new study has found the best ways to tackle fussy eaters and experts have given the top 6 tips to handle your child's tantrums.

According to the study published in the Journal of Child Health Care most children develop picky attributes around the age of two.

The research further observes that parents feels responsible and guilty about such behaviour fearing it will impact their child's growth and health.

Using rewards to cope with fussy eating was reported to be an ineffective method, as was adjusting all meals to the child's taste.

Lead author Dr Bérengère Rubio, from the Department of Psychology at the IFSTTAR Institute in Versailles, France said to the Daily Mail, "These two techniques are counterproductive as they encourage short-term tasting of the food but are associated over the long-term with pickiness and a restricted diet."

The results of the study were based on focus groups involving 38 parents of children aged 18–38 months.

Parents agreed that family meetings tended to get problematic and they would have to justify why their child refused to eat, admitting that 'mealtimes were not a nice time'.

Parents reported that their children would put food into 'yes' and 'no' categories. Generally refusing fruits, vegetables and any new type of food.

The group also reported that sometimes the tantrums would end with the child throwing the entire meal on the floor.

Although researchers noted that children are more open to trying different foods when they are not in their own homes.

And while parents worry that their child's health may be affected by their fussy eating, as they wouldn't get enough nutrient and possibly get sick more often, Dr. Rubio observed that previous research has failed to find a connection between the effect of picking eating habits on children's weight.

However, the study did find the following to be the top six ways to deal with fussy eating: