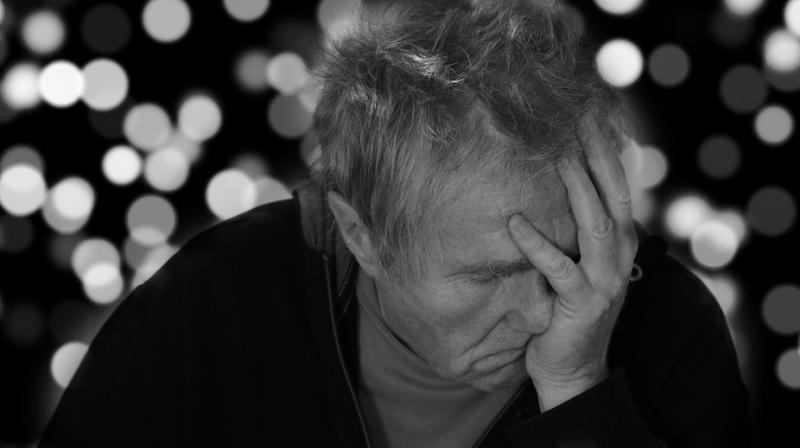 London : Vitamin D is said to be one of the most important nutrients for our body. It not only helps in having a good and healthy body, but can also help in reducing the risk of heart disease, multiple sclerosis, and even rheumatoid arthritis.

But, now in a new study, it has been found that the deficiency of Vitamin D could increase the risk of developing dementia, according to express.co.uk. In a study, earlier this year, Austrian researchers claimed people with more exposure to sunlight, a major source of vitamin D, had a lower risk of dementia.

About 8,50,000 people in the UK have dementia. In India, this number is much higher with 4.1 million people having dementia and almost 47 million people are living with dementia around the world. In 2014, a research claimed patients with a deficiency in vitamin D were "substantially" more at risk of developing the condition.

Adults, which were moderately deficient in the vitamin had a 53 percent higher risk of getting dementia, while those who were severely deficient were 122 percent more likely to develop the condition.

The research found that more than 1,600 people, who were followed for six years to investigate who developed Alzheimer's disease, as well as other forms of dementia.

Dr David Llewellyn, a researcher working on the study, said, "We expected to find an association between low vitamin D levels and the risk of dementia and Alzheimer's disease, but the results were surprising. We actually found that the association was twice as strong as we anticipated. Clinical trials are now needed to establish whether eating foods such as oily fish or taking vitamin D supplements can delay or even prevent the onset of Alzheimer's disease and dementia."

More studies are needed to confirm the link between dementia and vitamin D, but the scientists said the findings were very promising and encouraging. Llewellyn noted, "Even if a small number of people could benefit, this would have enormous public health implications given the devastating and costly nature of dementia."

Meanwhile, another study in 2015, claimed lower vitamin D levels was linked to a decline in memory and thinking skills.

Dr Simon Ridley, Head of Research at Alzheimer's Research, shared, "Vitamin D plays an important role in keeping our bodies healthy and there are a number of studies that suggest a link between vitamin D deficiency and memory and thinking difficulties. While this new research suggests an association between low vitamin D levels and faster rates of memory loss, we don't yet know whether taking supplements could stave off dementia or slow down decline in those who are already living with the condition."

He concluded by saying that people should have a healthy diet, as a healthy diet is very important for brain health, while physical activity can be really helpful in reducing the risk of having dementia.