The exercise is the practice of energy. 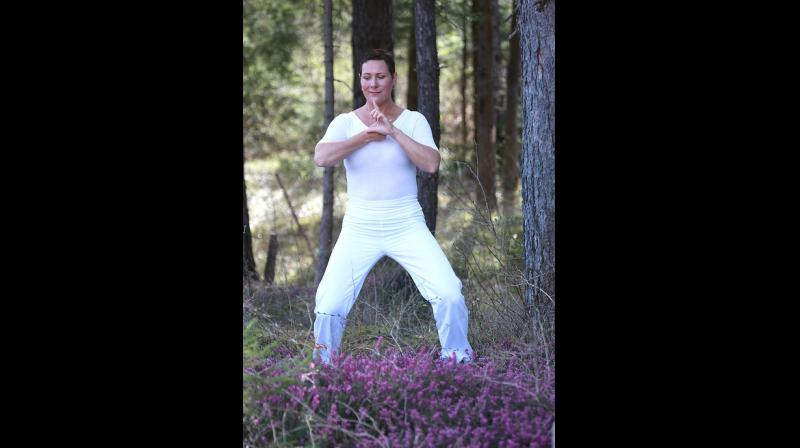 Washington D.C. - Turns out, an ancient Chinese mind-body practice, known as Qigong has positive effects on the health of a person, which helps them live a longer and healthy life.

The word Qigong is a combination of 'qi,' meaning energy, and 'gong,' which loosely translates as an accomplishment or practice, Master Joe Lok explained to CNN. He has been practicing Qigong for nearly 30 years.

The exercise is the accomplishment or practice of energy which involves becoming aware of breathing, sensing the energy within and then following a series of slow, coordinated movements.

Movement, meditation and controlled breathing are the staples of every Qigong session, with the ultimate focus being holistic well-being.

Lok explained that in order to do Qigong, one has to pretend to be empty, and the first thing to empty is the mind. Not thinking of anything and only listening to breathing is the major part of the process of Qigong.

The movements in Qigong are very slow. Practitioners raise their arms over their heads, rotate their wrists, lower their arms and then make circular motions with their hands. Lok said that "as soon as you get into it, the qi begins to flow."

As a result, Qigong itself is a health practice.