Life   Health  28 Nov 2019  Binge drinking habits in women have been on the rise
Life, Health

Binge drinking habits in women have been on the rise 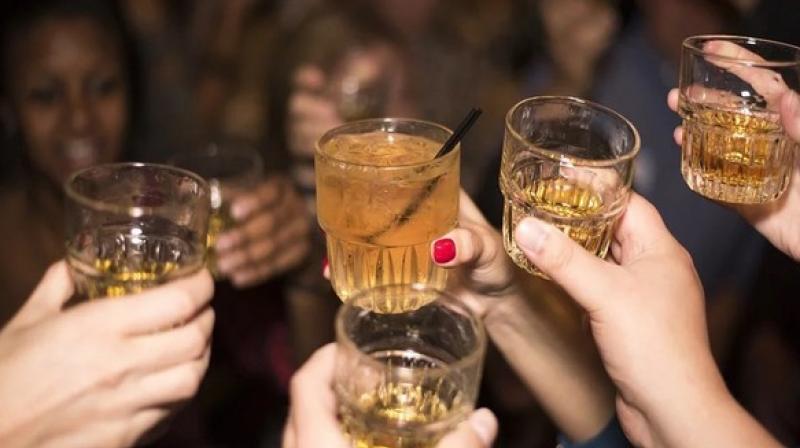 Although heavy drinking has either decreased or stabilized for most groups, binge drinking is still common and is becoming even more prevalent. (Photo: ANI)

Washington: Going against the notion that women become less inclined to drinking after becoming a parent, a new study which analysed the drinking patterns of men and women found that they continued to binge drinking.

The study pointed out towards widespread increases in binge drinking but stated that heavy drinking declined or remained stable for all groups with the exception of older women (ages 45-55) who didn't have children.

In the study, researchers were interested in the phenomenon of "mommy drinking," and whether women who were parents showed different or increased drinking behaviour.

Even though people having children reported consistently lower levels of binge drinking than those without children; yet nearly all groups increased binge drinking in the past decade, stated the study published in the journal PLOS Medicine.

The only group for which binge drinking declined was young men (18-29) with children.

They studied trends in binge drinking and heavy drinking among 239,944 adults aged 18-55 from the National Health Interview Survey [NHIS) for the years 2006 to 2018.

They then tested whether binge and heavy drinking were increasing, decreasing, or mostly unchanged among men and women according to parenting status and age.

Results were based on responses to questions about past-year alcohol use. Heavy alcohol use is defined as binge drinking at least 5 times in the last 30 days. Binge drinking is measured as any occasion of having more than five drinks during the past two weeks.

However, for all women, the prevalence of heavy drinking in 2006 was indistinguishable from the prevalence in 2018, regardless of age group or parenting status. Similarly, alcohol abstention decreased for all groups except for young men (ages 18-29) with children, the same group that had reductions in binge drinking.

"Our study demonstrated that trends in binge and heavy drinking over time were not differentiated by parenting status for women; rather, declines and increases over time were mainly attributable to sex and age," said senior author Katherine M. Keyes, PhD, associate professor of epidemiology.

"Moms are often subject to increased scrutiny regarding their own health, and how their decisions impact the health of their children," said lead author Sarah McKetta, MD/PhD candidate at Columbia Mailman School's Department of Epidemiology.

"Although heavy drinking has either decreased or stabilized for most groups, binge drinking is still common and is becoming even more prevalent," said McKetta.