Leaky guts can unleash bacteria into the blood and can drive up disease-causing inflammation. 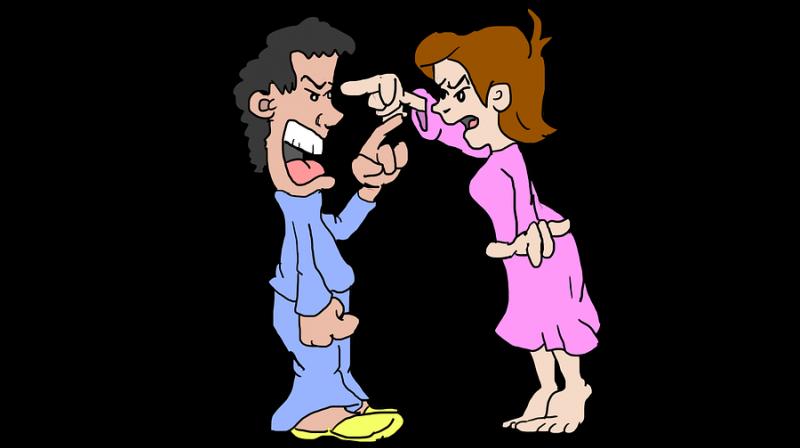 The research has pointed out a connection between bad marriages and poor health.

Washington: Think twice before losing your temper during a fight with your partner because according to the latest study, married people who fight nastily are more likely to suffer from leaky guts.

This can unleash bacteria into the blood and can drive up disease-causing inflammation, new research suggests.

The research has pointed out a connection between bad marriages and poor health. Kiecolt-Glaser, lead author of the study said, "We think that this everyday marital distress, at least for some people, is causing changes in the gut that lead to inflammation and, potentially, illness."

As part of the study, researchers recruited 43 healthy married couples, surveyed them about their relationships and then encouraged them to discuss and try to resolve a conflict likely to provoke strong disagreement.

The researchers left the couples alone for these discussions, videotaped the 20-minute interactions and later watched how the couples fought. They categorized their verbal and non-verbal fighting behaviours, with a special interest in hostility, things such as dramatic eye rolls or criticizing each other.

The researchers compared the blood drawn pre-fight to blood drawn post-fight and noticed that men and women who demonstrated more hostile behaviours during the observed discussions had higher levels of one biomarker for leaky gut than their mellower peers.

Evidence of leaky gut was even greater in study participants, who had particularly hostile interactions with their spouse and a history of depression or another mood disorder.

Glaser said, "Marital stress is particularly potent stress because your partner is typically your primary support and in a troubled marriage your partner becomes your major source of stress."