Air pollution can cause birth defects 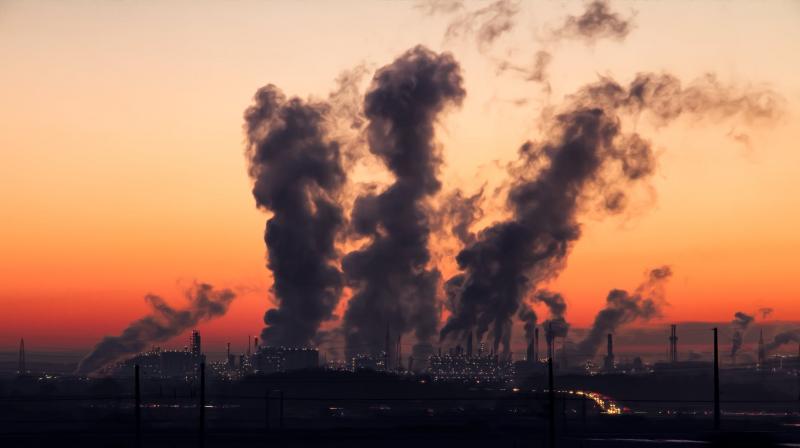 Washington: Researchers have determined that severe air pollution can lead to birth defects and even fatalities during pregnancy.

Even in the United States, about one-third of the population still lives under poor air quality conditions, according to a report released by the U. S. Environmental Protection Agency in 2018.

Using female rats, the team of researchers examined the adverse health effects of exposure to fine particulate matter consisting of ammonium sulfate commonly found in many locations around the world. Large fractions of this substance were detected not only in Asia but also in Houston (51 per cent) and Los Angeles (31 per cent).

"People typically believe that ammonium sulfate may not be terribly toxic, but our results show large impacts on female pregnant rats. It is unclear yet what is causing these profound effects, but we speculate that the size of nanoparticles or even the acidity may be the culprit," said Renyi Zhang, Texas A&M Distinguished Professor of Atmospheric Sciences and one of the leading authors.

"It is unclear yet what is causing these profound effects, but we speculate that the size of nanoparticles or even the acidity may be the culprit," Zhang added.

According to Zhang, sulfate is mainly produced from burning coal, which is one of the major energy sources in both developed and developing countries.

Findings of the study were published in the Proceedings of the National Academy of Sciences.

"However, our results show that prenatal exposure to air pollution may not dispose offspring to obesity in adulthood. Nutrition and lifestyle are likely major factors contributing to the current obesity epidemic worldwide," said Guoyao Wu, one of the researchers.

Previous studies have shown that air pollution is a serious public health threat throughout the world, with millions of people breathing air that falls far below the standards set by the World Health Organization.

The studies also show that air pollution can impair metabolic and immune systems in animal offspring, but the recent study shows definitive proof of decreased fetal survival rates, and also shortened gestation rates. This can result in lesser body weight, and damage in brains, heart and other organs.

"While epidemiological studies have been widely adopted to assess the health effects of air pollution, these tend to yield little insight into adverse outcomes and long-term effects," Zhang asserted.