Salmonella infections may be kept at bay by gut bacteria

The researchers determined that propionate doesn't trigger the immune response to thwart the pathogen. 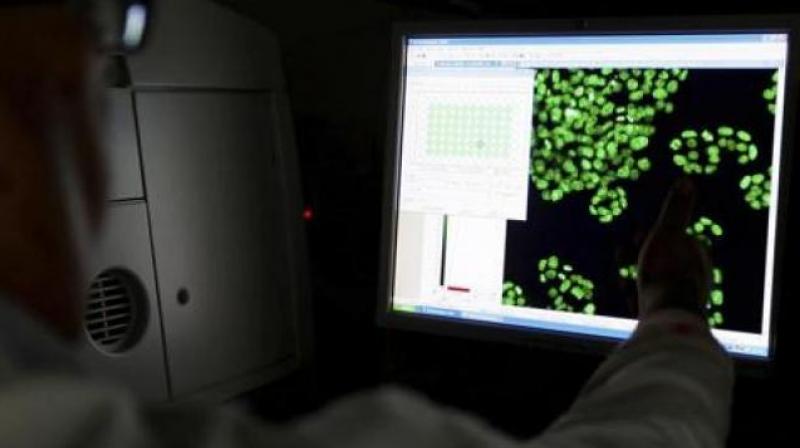 Boston: Stanford scientists have identified a molecule produced by gut bacteria that can inhibit the growth of Salmonella in the intestines, paving the way for new treatments to fight the infections caused by contaminated food.

The findings may help to explain why some people are better able to fight infection by Salmonella and other intestinal pathogens.

Propionate, a byproduct of metabolism by a group of bacteria called the Bacteroides, inhibits the growth of Salmonella in the intestinal tract of mice, according to researchers at the Stanford University in the US.

The researchers determined that propionate doesn't trigger the immune response to thwart the pathogen. Instead, the molecule prolongs the time it takes the pathogen to start dividing by increasing its internal acidity.

Salmonella infections often cause diarrhoea, fever and abdominal cramps. Most people recover within four to seven days. However, the illness may be severe enough to require hospitalisation for some patients.

Salmonella causes about 1.2 million illnesses, 23,000 hospitalisations and 450 deaths nationwide each year, according to the Centers for Disease Control and Prevention. Most cases are caused by contaminated food.

"Humans differ in their response to exposure to bacterial infections. Some people get infected and some don't, some get sick and others stay healthy, and some spread the infection while others clear it," said Denise Monack, a professor at Stanford.

"It has been a real mystery to understand why we see these differences among people. Our finding may shed some light on this phenomenon," said Monack, a senior author of the study published in the journal Cell Host and Microbe.

"The gut microbiota is an incredibly complex ecosystem. Trillions of bacteria, viruses and fungi form complex interactions with the host and each other in a densely packed, heterogeneous environment," said Amanda Jacobson, a graduate student at Stanford.

"Because of this, it is very difficult to identify the unique molecules from specific bacteria in the gut that are responsible for specific characteristics like resistance to pathogens," she said.

Propionate acts on Salmonella by dramatically decreasing its intracellular pH and thus increasing the time it takes for the bacterium to start dividing and growing, the study found.

"Our results show that when concentrations of propionate, which is produced by Bacteroides, in the gut are high, Salmonella are unable to raise their internal pH to facilitate cellular functions required for growth," Jacobson said.

"Of course, we would want to know how translatable this is to humans," she said.

The findings could also influence treatment strategies. Treating Salmonella infections sometimes require the use of antibiotics, which may make Salmonella-induced illness or food poisoning worse since they also kill off the "good" bacteria that keep the intestine healthy, according to Monack.

Using propionate to treat these infections could overcome this limitation.