The mutation in one of its structural proteins, called pRM, is believed to have arisen prior to the 2013 outbreak in French Polynesia. 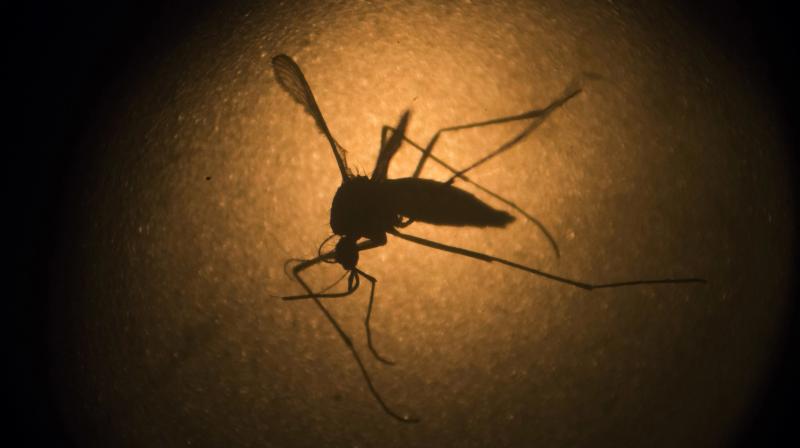 The report in the US journal Science explains for the first time how this once relatively harmless virus transformed into a global health threat. (Photo: AP)

Miami: Zika has been around for decades but only recently began to cause birth defects due to a single mutation the mosquito-borne virus likely acquired in 2013, researchers said Thursday.

The report in the US journal Science explains for the first time how this once relatively harmless virus transformed into a global health threat.

The mutation in one of its structural proteins, called pRM, is believed to have arisen prior to the 2013 outbreak in French Polynesia, said the Science report.

That change in the pathogen's protective coat made the virus more likely to kill developing brain cells in mice and people compared to older versions of the virus, experiments showed.

The change, known as S139N, which involved the replacement of a serine amino acid with an arginine amino acid, was one of "numerous changes" the Zika virus acquired throughout its genome between 2010 and 2016, said the report.

Zika was first discovered in a monkey in Uganda in 1947. In people, it was known to cause a rash and mild illness that soon passed.

But in 2015, Brazil -- the nation hardest hit by the outbreak -- reported its first cases of babies born with unusually small heads.

This condition, known as microcephaly, was later linked to Zika infection in pregnant mothers.

Zika has now spread to 84 countries. The virus is contagious and can be transmitted by sexual contact or by the bite of an infected mosquito.

The World Health Organization declared Zika an international public health emergency in February 2016, then lifted that order in November of the same year.

Zika is particularly dangerous to pregnant women, and is now known to raise the risk of Guillain Barre Syndrome in adults and microcephaly and other brain-related birth defects in infants.