Virtually all cooking oils are now sold under the banner of "heart healthy". 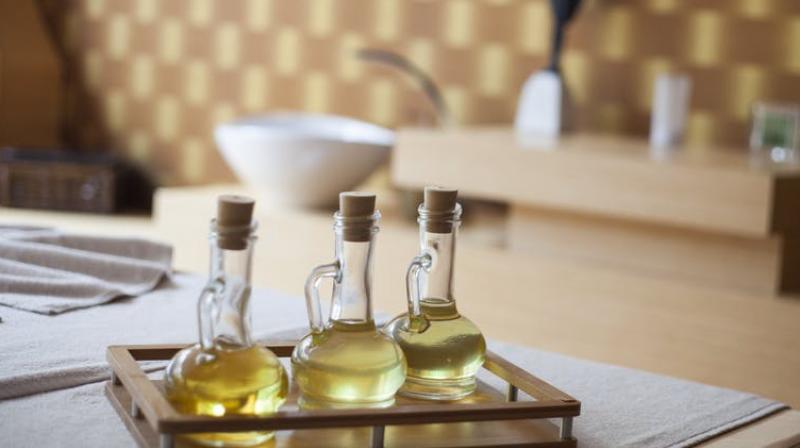 New Delhi: The year was 1996. The jalebi became synonymous with a brand of cooking oil thanks to a now iconic ad that featured a little boy and his love for the spiralled sweet.

Two decades on, that is not a connection any oil company would want. No company would dare sell cooking oil showing any fried stuff - and certainly not the deep-fried flour
fritters dipped in sugar syrup.

Why? Because no matter how strenuously a Bollywood song makes the point, "Dil toh baccha hai ji" (the heart is just a child), the fact -- rather heart -- of the matter is that it's growing old as we speak and needs to be controlled. This is why virtually all cooking oils are now sold under the banner of "heart healthy". And why terms like "monounsaturated fats", "Omega 3", "carotenes" and "plant sterols" have spilled out of labels on to our lexicon, if not our understanding.

"I just cannot make head or tail of all those descriptions given on the labels," admitted Prisha Mandavya, a homemaker in Gurgaon. Adding to the confusion, she said, are the numerous kinds of oils and the many brands, each saying it is good for the heart.

A glance at the oil section in not just the supermarket but even the neighbourhood kirana store wears her out. Olive, palm, soybean, canola, corn, peanut, rice bran? the list is bewildering.

"A clueless buyer like me would go for the expensive one thinking it would be the best of the lot," she said ruefully. Notwithstanding what ads might claim, all oils are made
of fats and each comes with its own cons, say doctors.

"When the foundation of extracting oil from nuts is against nature, how can we have any oil that is 'good for the heart'?" Dr Devi Shetty, amongst India's top cardiologists, had asked in an article titled, 'Diet Comes First in Matters of the Heart'.

So there is no best cooking oil that ticks all the boxes, though some may be a notch better than others.

Doctors, nutritionists and chefs also caution that no one oil fits all kinds of cooking. Different oils should be used for baking, frying and salad dressings. "There is no need to stick to only one cooking oil. Pure refined olive oil, for instance, is good for cooking where you pan fry or saute things because it has a higher smoking point and extra virgin oil is best for dressing salads because it has a relatively low smoking point," Chef Prem K Pogula, executive chef, The Imperial Hotel, told PTI.

All oils, he said, increase weight in one way or another. He added that those who ate deep-fried food such as French fries frequently should not worry about cooking oil as
they are anyway "not going to have a healthy heart".

For occasional fast-food eating, he strongly recommends peanut oil. "For deep-fried, stick to peanut oil and cook your food at home, he said. If your worry is only limited to cholesterol - widely stated to be enemy No 1 for the heart - plant-based oils are the solution. "No plant products and no plant oil contains cholesterol... no plants can make cholesterol because cholesterol is produced in the liver of animals or human beings.

"So butter and desi ghee which are of animal origin have cholesterol but no plant oil can have cholesterol," said Dr Kumar. Plant based oils include almond oil, avocado seed oil, flaxseed oil and coconut oil.

Advocating restraint, chef Sanjeev Kapoor, a household name in cooking, has a simple solution to all the questions -- "Don't overdo anything and you are safe!"

"Every oil has calories. Yes, one can be better than other in some ways but that is about it. My recommendation is don't overdo anything -- goes for both good and bad oils --
exercise, eat vegetables and fruits, and you'll do just fine," said the chef. Well, if only it was that easy...  as they say "dil ko khush rakhne ko khayal aacha hai Ghalib".