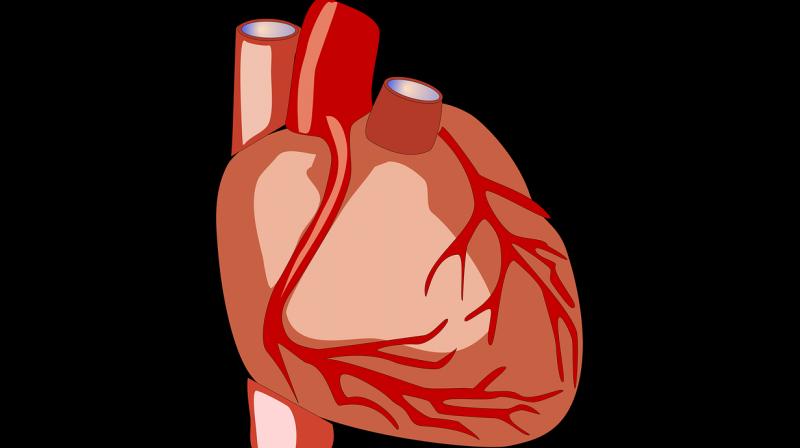 Cardiovascular disease is considered a global epidemic with 80 per cent of the burden of the illness in low-income and middle-income countries. (Photo: Pixabay)

Kolkata: People with a high carbohydrate diet run the risk of dying younger compared to those consuming more fat, according to a recent study conducted by the Prospective Urban Rural Epidemiology (PURE).

Individuals with "highest-quality" diet, which included roughly 54 per cent of energy from carbohydrates, 28 per cent from fat, and 18 per cent from protein, had a 25 per cent lower risk of "all-cause mortality" when compared with those with a poor-quality diet, it said.

Cardiovascular disease is considered a global epidemic with 80 per cent of the burden of the illness in low-income and middle-income countries. Seconding the findings of the PURE report, senior cardiologists from the city stressed that to keep the heart healthy, lifestyle diseases such as diabetes, obesity and hypertension should be kept under control by cutting down consumption of rice, roti and breads. The doctors also opined that saturated fats should be avoided.

"A balanced diet dictates that not more than 50 per cent of our diet should be carbohydrates and about 30-35 per cent should be fat. It is extremely crucial to limit the intake of carbohydrate, especially the refined ones, and consume healthy fat," senior interventional cardiologist of Apollo Gleneagles Hospitals, Suvro Banerjee, told PTI on the occasion of World Heart Day on Saturday.

Refined carbohydrates such as polished rice and sugar-based food items may not only increase blood cholesterol but also accelerate onset of diabetes, obesity and heart diseases, he said, adding dietary fat is not as bad as previously thought. "Not only unsaturated fats (which have been known to be good fats) but also moderate amount of saturated fats may be good for the heart. However, transfat should be totally avoided.

The long-held view that one should avoid meat, especially red meat, has also been challenged. Unprocessed meat should be preferred over processed meat," he said.

Dairy products such as full fat milk or cheese are not bad, if taken in moderation, the cardiologist said.

"In a poverty-stricken country as ours, relatively cheaper and easily available carbohydrates are the mainstay of our diet. Hence, implications of the PURE study are more important for India than western countries, where proportion of carbohydrate in the diet is usually lower," Banerjee said. Debasis Das, consultant, Cardiac Surgery, Narayana Super Speciality Hospital, said carbohydrates are the main reason for weight gain, and not fats.