Life   Health  29 Oct 2018  Air pollution can be blamed for millions of asthma attacks across the globe annually
Life, Health

About half of the asthma emergency room visits attributed to dirty air were estimated to occur in South and East Asian countries. 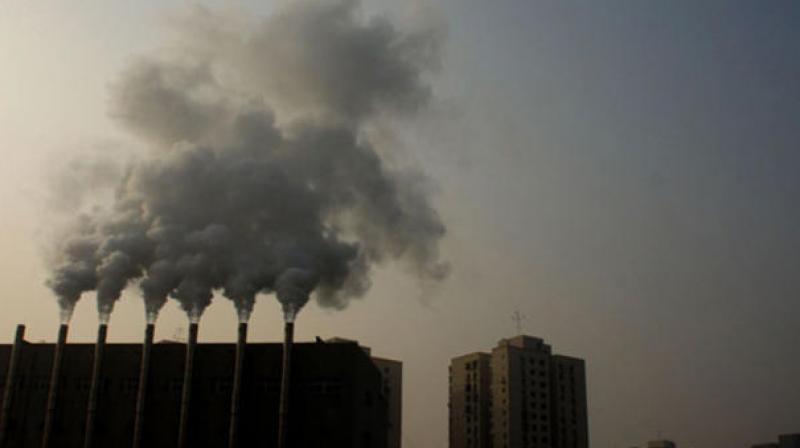 The findings, published in the journal Environmental Health Perspectives, suggests car emissions and other types of pollution may be a significant source (Photo: AFP)

London: Air pollution may be to blame for up to 33 million emergency asthma attack visits to hospital every year, with half of the visits estimated to occur in South and East Asian countries, notably India and China, a global study has found.

Asthma is the most prevalent chronic respiratory disease worldwide, affecting about 358 million people, said researchers, including those from the University of York in the UK.

Countries like India and China may be harder hit by the asthma burden because they have large populations and tend to have fewer restrictions on factories belching smoke and other sources of pollution, they said. The findings, published in the journal Environmental Health Perspectives, suggest car emissions and other types of pollution may be a significant source of serious asthma attacks.

“This is the first global study of the potential impacts of air pollution on serious asthma attacks that cause people to visit emergency rooms in hospitals around the world,” said Johan Kuylenstierna, Policy Director or the Stockholm Environment Institute (SEI) based at York.

About half of the asthma emergency room visits attributed to dirty air were estimated to occur in South and East Asian countries, notably India and China, researchers said. Although the air in the US is relatively clean compared to South and East Asian countries, ozone and particulate matter were estimated to contribute 8 to 21 per cent and 3 to 11 per cent of asthma ER visits in the US, respectively, they said.

To estimate the global levels of pollution, the researchers turned to atmospheric models, ground monitors and satellites equipped with remote-sensing devices. The researchers, including those from the University of Colorado Boulder and NASA in the US, said one way to reduce pollutants quickly would be to target emissions from cars, especially in big cities. Such policies would not only help people with asthma and other respiratory diseases, but it would help everyone breathe a little easier, they said.