Unlike some human organs, the heart cannot regenerate itself after a heart attack. 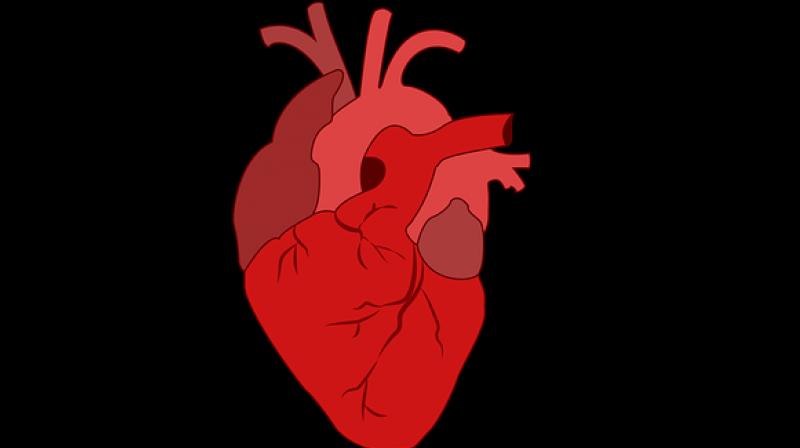 Scientists have developed a fully functioning artificial human heart muscle large enough to patch over damage typically seen in patients who have suffered a heart attack.

The advance takes a major step toward the end goal of repairing dead heart muscle in human patients, researchers said.

"Right now, virtually all existing therapies are aimed at reducing the symptoms from the damage that has already been done to the heart, but no approaches have been able to replace the muscle that is lost, because once it is dead, it does not grow back on its own," said Ilya Shadrin, a doctoral student at Duke University in the US.

"This is a way that we could replace lost muscle with tissue made outside the body," said Shadrin.

Unlike some human organs, the heart cannot regenerate itself after a heart attack.

The dead muscle is often replaced by scar tissue that can no longer transmit electrical signals or contract, both of which are necessary for smooth and forceful heartbeats.

The end result is a disease commonly referred to as heart failure that affects over 12 million patients worldwide.

Heart patches could be implanted over the dead muscle and remain active for a long time, providing more strength for contractions and a smooth path for the hearts electrical signals to travel through.

These patches also secrete enzymes and growth factors that could help recovery of damaged tissue that has not yet died.

However, a heart patch must be large enough to cover the affected tissue. It must also be as strong and electrically active as the native heart tissue, or else the discrepancy could cause deadly arrhythmias.

This is the first human heart patch to meet both criteria.

"Scaling it up to this size is something that has never been done and it required a lot of engineering ingenuity," said Bursac.

The cells for the heart patch are grown from human pluripotent stem cells - the cells that can become any type of cell in the body.

Researchers have successfully made patches using many different lines of human stem cells, including those derived from embryos and those artificially forced or "induced" into their pluripotent state.

They successfully scaled up to 16 square centimetres and five to eight cells thick.

Tests show that the heart muscle in the patch is fully functional, with electrical, mechanical and structural properties that resemble those of a normal, healthy adult heart.