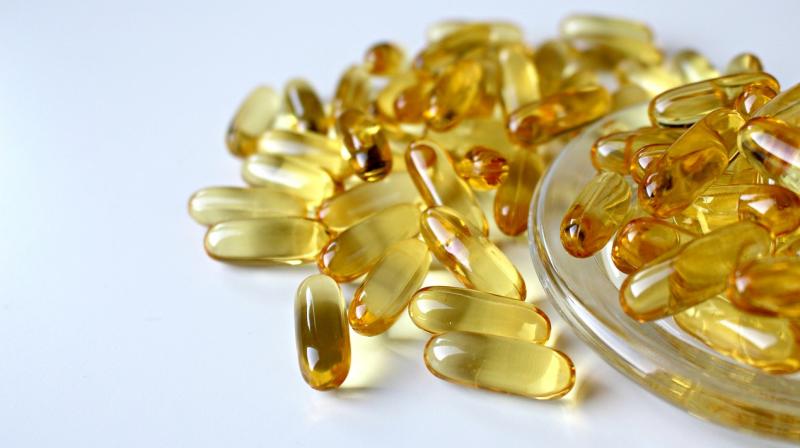 The real benefit seemed to be exclusively among the children whose mothers started out with low levels of the two key ingredients in fish oil. (Photo: Pixabay)

A Danish study of 695 pregnant women is raising the possibility that fish oil supplements begun in the final three months of pregnancy may reduce the risk of asthma or persistent wheezing in offspring.

The supplements brought the risk from 23.7 percent among mothers in the placebo group who took 2.4 grams of olive oil daily down to 16.9 percent in the women who got the fish oil capsules. That's a 30.7 percent reduction during the first three years of life. The real benefit seemed to be exclusively among the children whose mothers started out with low levels of the two key ingredients in fish oil - eicosapentaenoic acid (EPA) and docosahexaenoic acid (DHA). That may make them more vulnerable to the inflammation and heightened immune system response that is a factor in asthma and related conditions.

"If it weren't for the effects in that subgroup, then the results would have not been statistically significant," said Kathleen Melanson, a professor of nutrition sciences at the University of Rhode Island in Kingston, who was not involved in the research. Among the Danish women with low EPA and DHA levels, the rate of asthma and wheezing in their children was 17.5 percent when the women took fish oil during pregnancy versus 34.1 percent when they took the placebo oil.

One in five young children are affected by asthma and wheezing disorders. In recent decades, the rate has more than doubled in Western countries. Previous research has shown that those conditions are more prevalent among babies whose mothers have low levels of fish oil in their bodies. The new large-scale test, reported in The New England Journal of Medicine, is the first to see if supplements can actually lower the risk.

Women can eat fish to get the same benefit but "you really need to be very fond of fish to get sufficient amounts through your diet" to have the effect seen in the study, chief author Dr. Hans Bisgaard of the University of Copenhagen told Reuters Health in an email.

The findings must be tested in other parts of the world, where fish oil consumption is lower. That concern is echoed in an editorial in the journal by Dr. Christopher Ramsden of the National Institute on Aging, who said the 2.4 gram dose "was approximately 15 to 20 times as high as the average U.S. intake from foods."

"Before these findings can be applied to clinical practice, it is therefore imperative to ensure that this dose had no adverse effects on behavior, cognition, or other long-term outcomes," he said. "Future work is also needed to determine whether lower doses are effective and whether these results can be replicated in other populations."

Melanson told Reuters Health by phone that the dose used in the study was very high. The World Health Organization recommends no more than 3 grams per day, in part because excessive amounts can increase the risk of bleeding, lower blood pressure, and interact with medicines or vitamins A, D and E. "Too much of a good thing is never a good thing," she said. "It is possible that a lower dose would have sufficed," the Bisgaard team said.

Fish oil supplementation also lowered babies’ risk of lower respiratory tract infections, with the rate going from 39.1 percent with olive oil placebo to 31.7 percent with fish oil. But the supplements didn't seem to affect the odds of a baby or toddler developing the skin condition eczema, or an allergy such as a reaction to milk or egg products, or a severe asthma attack.

The women began taking the fish oil and olive oil capsules at the 24th week of pregnancy and continued until one week after delivery. The researchers calculated that 14.6 women would need to be treated to prevent one case of asthma or persistent wheeze. Among women with the lowest levels of EPA and DHA to start with, only 5.6 would need to be treated.

If the findings are confirmed in other populations, doctors could test to see who would mostly likely benefit from fish oil supplements. "The health care system is currently not geared for such," Bisgaard said. "But clearly this would be the future."

In the meantime, Melanson said, it would be premature to widely recommend fish oil during pregnancy.