IVF mix-up may lead to fertilisation with wrong sperm

There's a chance that the egg cells have been fertilised by sperm other than that of the intended father. 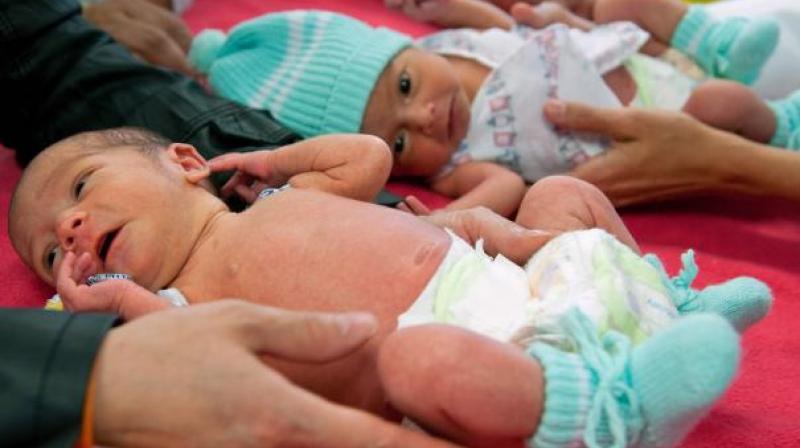 Washington: A fertility clinic made a shocking revelation to several couples who trusted them with their fertility treatments. A single mistake by In-vitro fertilisation (IVF) clinic means that women's eggs may have accidentally be fertilised with the wrong sperm.

Mix-ups have previously led to people accidentally having children with people they'd never met IVF is a way of allowing people who might otherwise not be able to conceive to do so. It is done by collecting mature eggs from a woman's ovaries and fertilising them with sperm, all in a laboratory, and those eggs are then implanted in the uterus with the hope that they grow into a baby.

After a "procedural error" at the University Medical Centre in Utrecht that happened between mid-April 2015 and mid-November 2016, as many as 26 couples may have had egg cells fertilised with sperm cells from another couple, said the centre, as reported by The Independent.

"During fertilisation, the sperm cells from one treatment couple may have ended up with the egg cells of 26 other couples," a statement from the centre said.

"Therefore there's a chance that the egg cells have been fertilised by sperm other than that of the intended father," it explained.

Stating that the chance of the mistake that happened is small and may not have happened to all of the 26 couples, but the possibility "could not be excluded", it added.

All of the affected couples have been informed, it said and has launched an investigation to give more information about what might have happened.

Half the women who underwent treatment have already become pregnant or given birth. Others may have embryos frozen at the clinic that have all been fertilised by sperm from someone else. Similar mistakes have led to serious mistakes in the past.

In 2012, a Singapore mother alleged that her clinic had mixed up the sperm intended for the father - she had noticed that something appeared to be wrong when her child had a markedly different skin tone from her caucasian husband, according to news reports.