Sleeping well is important and can have immense benefits on your health and mood. 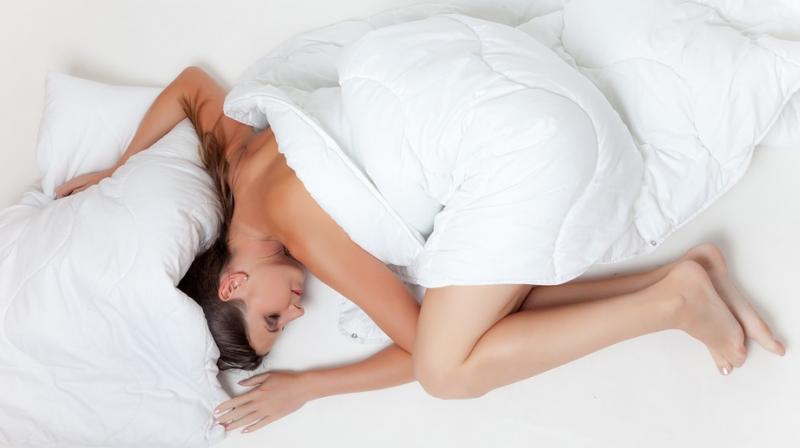 London: Getting a good night's sleep is key to keeping up with your busy lifestyle.

But a busy lifestyle can be something that gets in the way of you getting a good night's rest, leaving you feeling tired and lethargic the next day. Getting enough shut eye can be tricky, especially when there are so many other factors at play that keep you up at night.

Fortunately experts have put together a list of the 4 sleeping habits you should adopt to get yourself a well needed shut eye, reports Daily Express.

Here are the four ways of getting good sleep:

Worrying about when you nod off or how much sleep you will clock up will do you no favours. There aren't set rules, and some of us are naturally 'night owls' while others are 'larks'.

"Most of us have some degree of preference for late nights or early mornings," said Dr Roger Henderson, who is working in collaboration with Somnuva. "Where an individual falls on this spectrum largely determines their individual disposition towardthe timing of daily periods of activity and rest.

"Some of us are clearly 'larks' - early risers - while others of us are distinctly night owls. The rest of us - probably the majority - fall somewhere in between the two."

"It is a myth that everyone needs eight hours sleep a night as we all need different amounts of sleep as we age."

2) You don't have to quit coffee

While some people can sip on coffee after dessert in the evening and still fall asleep, others are more sensitive to caffeine. "In some people caffeine is not metabolised efficiently, leaving you feeling its effects long after consumption," said Pippa Campbell, a nutrition and weight loss coach. She recommended people try experimenting with when they consume caffeine, and to initially avoid having it after 2pm.

3) Stick to a pattern

Don't assume you can catch up on or stock up on sleep at the weekend and always feel better. "Even one night of disturbed sleep can impact on mental and physical performance the following day," said Dr Henderson. He further added, "It is however possible to catch up but can take days or even weeks for the body to return to a normal pattern. If trying to make up for lost time, go to bed early and wake up at a normal time instead of sleeping in late."

For those who suffer from night sweats it can be difficult to establish whether you have woken because you are sweating, or you woke and then started to sweat. "If the sweat wakes you up then you are having a menopausal night sweat and should look into ways of reducing this, such as eating healthy foods little and often," revealed Dr Marilyn Glenville, author of The Natural Health Bible for Women.

She further added, "However, if you wake and then you start to sweat or get other symptoms like palpitations, or just feel wide awake, then this is most likely caused by an adrenaline surge because your blood sugar has dropped during the night."

She explained it is possible to reduce this by keeping blood sugar balanced during the day, and having a slice of brown toast or another carby snack before bed. "One way you can help do this is by having a small snack of complex carbohydrates, such as an oat cake, half a slice of wheat or rye bread, about an hour before bed. This will stop your blood sugar dropping overnight, and prevent adrenaline from being released into your bloodstream and causing you to wake," she suggested.