Vegans experience worse hangovers than those who eat meat. 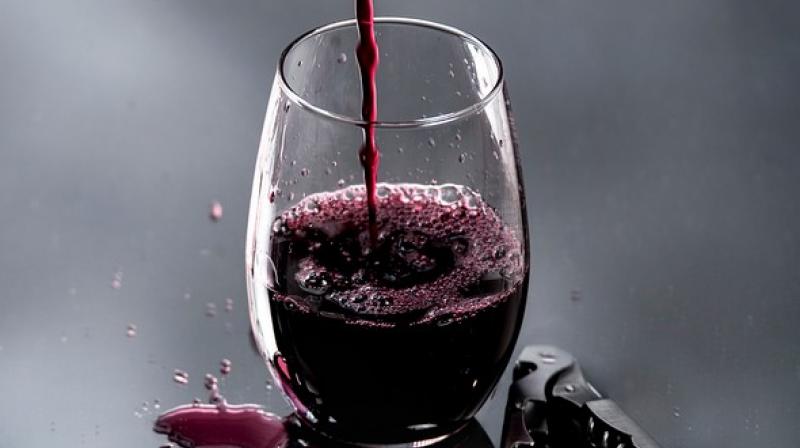 The research got published in the Journal of Clinical Medicine in which Dutch scientists from Utrecht University carried out an experiment on 13 social drinkers, reported The New York Post. (Photo: ANI)

Washington: The demon called hangover barely spares any alcohol enthusiast that comes in its way, but it hits some of them harder than the others. A recent study on the effects of hangovers revealed that vegans suffer more severe symptoms than their meat-eating peers after a night of chugging on booze.

The research got published in the Journal of Clinical Medicine in which Dutch scientists from Utrecht University carried out an experiment on 13 social drinkers, reported The New York Post. The participants were analysed for twenty-three hangover related symptoms, first in control settings, where they abstained from drinking on a given night.

The subjects then went out drinking on the night after and were monitored for adverse hangover effects such as headache, palpitations, nausea, sweating, dizziness, thirst and sensitivity towards light and sound.

The participants were instructed to record whatever they ate while undergoing the study. What they ate was subsequently analyzed for its nutrient value and the trend that emerged showed that the ones who had a low Zinc and vitamin B3 intake fared the worst on the test parameters.

Zinc deficiency was clearly associated with vomiting and low vitamin B3, also known as nicotinic acid, led to the intensification of hangover symptoms. The researchers noted that both zinc and vitamin b3 are mostly found in animal products so it can be inferred that vegans and vegetarians who are low on these two are more vulnerable to bad hangovers.

"Nicotinic acid and zinc are required to break ethanol, which is alcohol, down into acetaldehyde. You need these two nutrients to digest alcohol. It makes sense that if you're lacking in it, you would experience a worse hangover," Rabia De LaTour, MD, gastroenterologist and assistant professor of medicine at NYU Langone Health told The New York Post.

On the other hand, Da LaTour warned that this study is quite small and hence can't be totally considered conclusive, so it's still not advised to pound on pills that claim to cure hangovers.