Condom is one of the best ways to reduce the risk of getting this virus which causes the cancer. 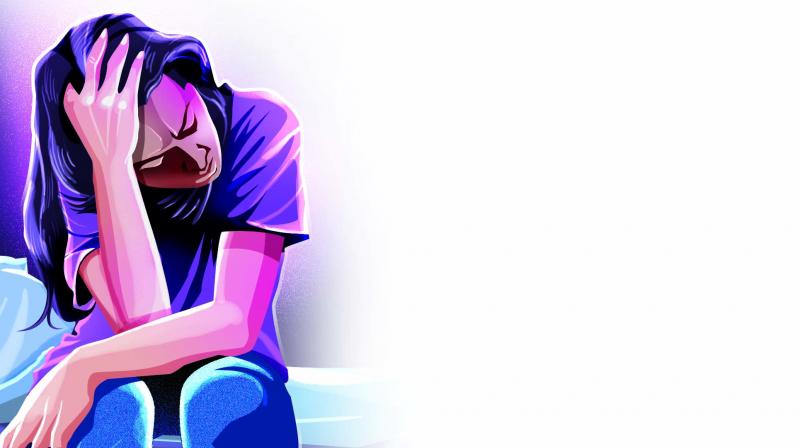 The majority of women infected with HPV virus, do not always develop cervical cancer.

In the last one year in India alone, there has been a steep rise in all cancers from 15 to 20 per cent. One woman dies of cervical cancer every eight minutes, making it the second most common cancer after breast cancer. There are 1,30,000 new cases registered every year.

While in developed countries death due to cervical cancer has been reduced by 75 per cent, we can’t boast of similar numbers here. Regular screening, early detection and increasing vaccination as a method of protection is important, says Dr Nagendra Parvataneni, senior consultant, surgical oncologist.

Q Which age group of women report to hospitals with cervical cancer?
In India, the cases reported in the last two years have been in women aged between 55 to 59 years. They come to the hospital in the second or third stage and hence, medical management has to be aggressive.

Q What is the survival rate when the diagnosis is done early?
Statistics are based on a 5-year survival rate of cancer: People who have lived at least 5 years after being diagnosed with cancer. The relative rate for women with cervical cancer is 48.7 per cent.

The survival chance of a person becomes better if it is diagnosed and treated at earlier stages. The survival rate for people ranges from 90 per cent with early stage disease to 16 per cent for stage IV disease.

Q What are the causes and the preventive methods?
The common causes of cervical cancer are: Early marriage  or early first sexual intercourse, multiple sexual partners, multiple pregnancies, poor genital hygiene, malnutrition, use of oral contraceptives, and lack of awareness.

Women who smoke, have HIV infection and inconsistent usage of condoms or diaphragms, giving birth to a child before the age of 17 and multiple births are other major reasons. Apart from this, those who have a family history of cervical cancer have to be extra careful. The Human papillomavirus (HPV) is found in about 99 per cent of cervical cancers. High-risk groups are commercial sex workers, and HIV positive women. Sensitising people and creating awareness  is very important.

Q Is the lifestyle of the person to be blamed?
The role of lifestyle in cervical cancer is related to promiscuity, smoking, drinking alcohol, use of oral contraceptives and dietary deficiencies. Smoking causes many types of cancers.

It can also cause cervical cancer, doubling the risk when compared to non-smokers. It has been proven that the tobacco in cigarette contains nicotine and cotinine which affects the DNA in the cervical epithelial cells and causes cervical cancer.

Alcohol is not a direct risk factor to cause cervical cancer but few studies have shown that women who cosume alcohol are more prone to the disease.

If one has a male partner who has a lot of partners at the same time, or men who have sex with men, then this increases the risk. So, both women and men need to be vigilant in their lifestyles.  Cervical cancer starts in the cervix, the narrow opening into the uterus from the vagina. Condom is one of the best ways to reduce the risk of getting this virus which causes the cancer.

There are both male and female condoms in the market through which one can protect oneself.

10 symptoms to look out for

Young women opting for vaccine
HPV is the most common sexually transmitted infection. By the age of 50, 80 per cent of women have been infected with HPV. The majority of women infected with HPV virus, do not always develop cervical cancer. There are two types of vaccines. It can be given to both women and men. For women it can be started at the age of 11 or 12. Three doses are given over a period of six months. Women from the age of 9-18 can be vaccinated. It is best to start the vaccination before the first sexual exposure of an individual.