The new sequencing method is the first to read long, unbroken strands of DNA. 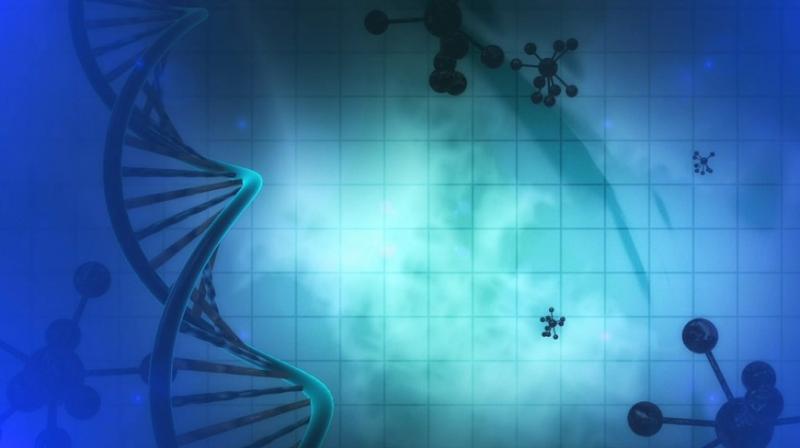 PARIS: Scientists used a portable device no bigger than a cellphone to sequence the most complete human genome ever assembled with a single technology, according to a study published Monday.

The breakthrough, detailed in the journal Nature Biotechnology, brings us closer to the day when family doctors will order up genome scans during a regular check-up along with blood work, the authors suggested. "We are definitely approaching the point where sequencing genomes will become a routine part of advanced clinical exams," lead author Matthew Loose, a professor at the University of Nottingham, told AFP.

The new sequencing method is the first to read long, unbroken strands of DNA, yielding a final result that is 99.88 percent accurate.

"The process of assembling a genome is like piecing together a jigsaw puzzle," said co-author Nicholas Loman, a scientist at the Institute of Microbiology and Infection and the University of Birmingham. "The ability to produce extremely long sequencing reads is like finding very large pieces of the puzzle."

Critically, the so-called nanopore technology sheds light on poorly understood regions of the genome governing the body's immune responses and tumour growth. This may help detect cancer DNA in the blood, and "pick up tumours before they are symptomatic or visible through radiological techniques," said Loman.

In the case of a patient with a suspected infection, the sequencing can be used to ferret out the genome of a virus or bacteria, he told AFP.  "We could also simultaneously look at how the patient is responding to that infection," he added, noting that each individual's immune system is different. Likewise for sequencing a person's microbiome, the vast community of microbes we each host, mostly in the digestive tract.

"For personalised medicine, we will want to build up a picture of how individuals may respond to antibiotics and anti-cancer drugs," Loman said. The human genome is composed of more than three billion pairing of building-block molecules, and grouped into some 25,000 genes.

It contains the codes and instructions that tell the body how to grow and develop. Flaws in the instructions can lead to disease. The first decoding of a human genome -- completed in 2003 -- was a Manhattan Project-like effort: it took 15 years, cost three billion dollars, and marshalled hundreds of scientists and the computing power from 20 major universities and research institutes.

The new sequencing -- carried out by a dozen researchers and half-a-dozen hand-held devices called MinIONs -- cost a few thousand dollars and took three weeks to complete. "In five to ten years, genetic sequencing will be a ubiquitous as boiling a kettle or making a cup of tea," predicted co-author Andrew Beggs, a professor at the University of Birmingham, one of nine institutions involved in the project.

The researchers pieced together the genome by passing strands of DNA through minuscule tube-like structures -- manufactured by Oxford Nanopore Technologies -- along with electrically charged atoms.

Changes in the electrical current identify DNA molecules, which can then be mapped. Complete sequencing is not to be confused with the gene kits offered by companies such as 23andMe and deCODEme, which only provide DNA snapshots, not the whole shebang.

There are only four molecular building blocks of DNA: adenine (A), cytosine (C), guanine (G), and thymine (T). New gene-editing allow for ultra-precise changes and corrections in DNA coding.