When poop can cure!

Faecal Microbiota Transpalantation can help one restore the balance of microbes in their gut and help treat diseases like diarrhoea. 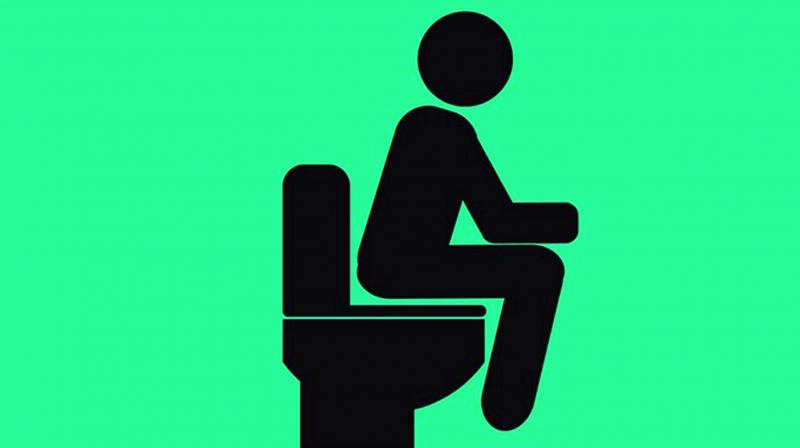 Faecal transplants are now being opted to cure inflammatory bowel disease (IBD) and multiple sclerosis. What it calls for, is healthy donors of poop! This is because no contagious diseases should be transmitted through the transplant.

The window period of checking faecal matter for contagious diseases is two weeks, explains Dr Zaheer Nabi, consultant gastroenterologist at the Asian Institute of Gastroenterology. He throws more light on the subject.

Q What is the role of faecal transplants in curing inflammatory bowel disease and multiple sclerosis? How does it work?

Faecal transplantation or Faecal Microbiota Transplantation (FMT) refers to the administration of a solution of faecal matter from a donor into the intestinal tract of a recipient. This is to directly change the recipient’s microbial composition and confer a health benefit.

The term ‘microbiota’ refers to the bacteria, viruses and other microorganisms that share the human body space. Our gut contains trillions of these microbiota which differ among individuals depending on sex, race/ethnicity, age and diet.

In some diseases like inflammatory bowel disease (IBD) it is thought that the microbiota of the gut gets disordered and can be restored by administering microbes from a healthy volunteer so that the healthy organisms overrun the organisms causing the disease. The use of faeces as therapy is not new and dates back to fourth-century China for the treatment of a variety of conditions including diarrhoea.

QIt is now believed that FMT can also help treat Alzheimer’s Diesease. What does the research say on that?

QHow many FMT’s have been done in India? What is the outcome and what does follow-up data indicate?

It is difficult to give a number on FMT done in India since there is no national registry to keep the data regarding the same. However, data from individual centers appears promising and FMT is likely to play a bigger role in the treatment of IBD in the near future.

It is important to remember that “one size does not fit all”. Therefore, FMT may not benefit all the patients with IBD. The benefits of FMT may vary according to disease and patients.

QThere is a search for good donors for faecas and how does it work? Will there now also be a donors list for faecas to deal with this treatment?

There are two approaches to donor selection — patient directed or universal donor. When a patient selects a donor, usually a family member or friend donates to a single recipient.

A universal donor is typically unknown to the patient and donates to multiple individuals. Donors should be healthy, without known gastrointestinal disease or recent (within 90 days) antibiotic therapy. Stool samples from universal donors can be processed and stored in a centralized stool bank for future use. The banked frozen stool may be stored in a standard medical freezer under –20 degree C for up to six months.

FMT success is dependent on the microbial diversity and composition of the stool donor. Stool from some donors, results in significantly more successful outcomes than the stool of other donors leading to the concept of “super-donor”.

QWhat is the prevalence of diseases in India which will in the near future require faecal transplants as the first line option for medicines and why is this situation developing?

The incidence and prevalence of IBD is on the rise in India and other developing countries. The role of FMT is established in certain diseases like recurrent Clostridium Difficile infection, emerging in IBD and still experimental in other diseases like Alzheimer’s disease.

With better understanding of the risks and benefits around FMT that will come with large clinical trials, it is easy to imagine FMT being used earlier in the disease course.

QIs the rise in IBD because there are too many chemicals in the food, too much of fast food or the deteriorating lining of the intestine due to genetic disposition? Or is it genetic?

The pathogenesis of IBD is multi-factorial and includes genetic as well as environmental factors. Since genetic risk factors are constant, the rise in the incidence of IBD has been attributed mainly to environmental risk factors like lifestyle and dietary habits.

There is a steady increase in the food additives in packaged food over last few decades. These additives make the food look more appealing and longer lasting. For example, emulsifiers help different things mix together when they ordinarily wouldn’t.

Although considered safe, these emulsifiers may alter the gut microbiota and increase the risk of IBD. This is one of the main reasons that dietary habits need to be changed and highly processed foods for a long period of time can lead to these conditions.