Life   Health  30 May 2018  Indian men at risk of cardiovascular disease due to tobacco
Life, Health

Indian men at risk of cardiovascular disease due to tobacco

Tobacco use is the second most significant cause of cardiovascular diseases after hypertension. 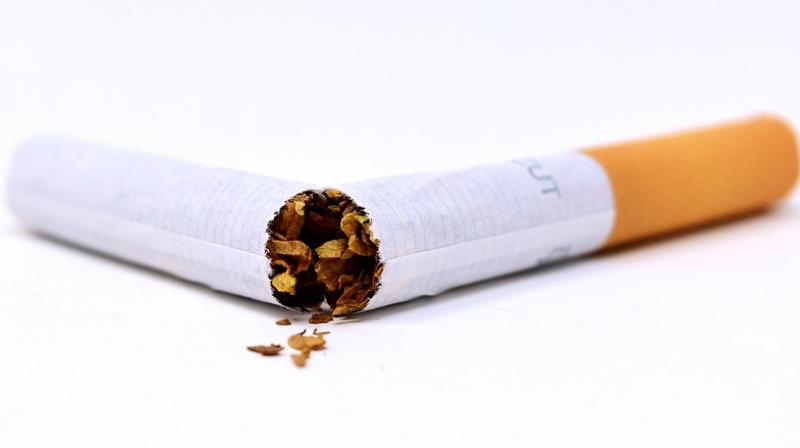 New Delhi: Globally, tobacco use results in death for 50 percent of its users, who account for over nine percent of the world's population today.

According to data available from the last National Family Health Survey in India, 45 percent of all men and seven percent of women in the age group of 15-49 are tobacco users.

Although tobacco use has been linked with a wide spectrum of illnesses including cancer, lung disease, diabetes, eye disease and arthritis, about 12 percent of all deaths from heart disease can be attributed to tobacco use including second hand smoke.

In fact, tobacco use is the second most significant cause of Cardiovascular Diseases (CVD) after hypertension. CVD itself accounts for about 31 percent of all deaths worldwide.

The WHO describes tobacco use as an epidemic associated with rising stress levels, unhealthy eating habits, work hours and sleep routines. About seven million people succumb to diseases directly attributable to tobacco use of whom, about 900,000 are non-smokers regularly exposed to second hand smoke.

Cigarette smoke contains at least 4000 chemicals, about 250 of which are definitely known to be toxic and 50 are known to cause cancer. "Smoking damages the lining of the arteries causing a build-up of fatty compounds which narrows down and causes pressure on blood flowing through them.

Further, the carbon monoxide present in smoke lowers the amount of oxygen in the blood. This leads to the heart having to pump harder to maintain required oxygen levels in the body. Nicotine that is inhaled with cigarette smoke induces the production of adrenaline which, again, makes the heart beat faster and harder.

In India, tobacco causes more than a million deaths annually. Tobacco kills half of its users and for every life lost, there are thirty living with a serious tobacco related illness. The economic burden of disease and death caused by tobacco surpasses health expenditure of the national and state governments.

"The WHO reports that 80 percent of the world's 1.1 billion smokers reside in low to middle income countries where the disease burden due to non-communicable and communicable diseases is already quite high. Those succumbing to tobacco are usually the bread earners of the household and their passing leaves the family without a source of income. The family may also spend a lot by way of out of pocket expenditure on healthcare and may be pushed to economic despair," said Dr. Preetha G.S., International Institute of Health Management Research, New Delhi.

Employing surveillance is one of the key methods to measure the impact of disease as well as take corrective action. Pregnant women and young children face stunted growth of the fetus and the self, respectively, when exposed to second hand smoke.

Although, out rightly quitting tobacco, is the best way to save oneself from the illnesses associated with this regressive habit, society needs to understand that smokers need help to quit. Graphic warnings on cigarette packets have helped smokers quit in countries as varied as Brazil, Canada, Singapore and Thailand. Mass media campaigns have also been effective in bringing awareness about the hazards of tobacco use on the individual and the family.