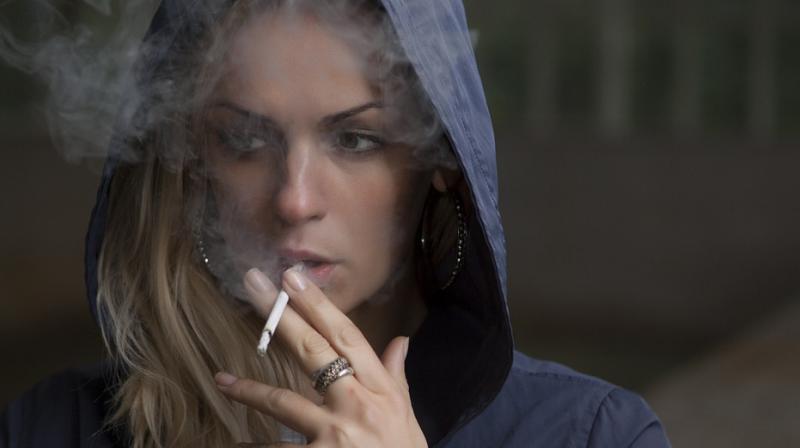 Thirdhand smoke, or THS, results when exhaled smoke and smoke emanating from the tip of burning cigarettes settles on surfaces such as clothing, hair, furniture, and cars. (Photo: Representational/Pixabay)

Washington: People often think that thirdhand smoke is not harmful, however, it does affect us negatively. Thirdhand smoke can damage epithelial cells in the respiratory system by stressing cells and causing them to fight for survival, suggests a study.

The study published in the journal 'JAMA Network Open' could assist physicians in treating patients exposed to thirdhand smoke.

"Our data show that cells in humans are affected by thirdhand smoke (THS). The health effects of THS, have been studied in cultured cells and animal models, but this is the first study to show a direct effect of thirdhand smoke on gene expression in humans," said Prue Talbot, who led the research.

Thirdhand smoke, or THS, results when exhaled smoke and smoke emanating from the tip of burning cigarettes settles on surfaces such as clothing, hair, furniture, and cars. Not strictly smoke, THS refers to the residues left behind by smoking.

"THS can resurface into the atmosphere and can be inhaled unwillingly by non-smokers," said Giovanna Pozuelos, the first author of the study.

The researchers obtained nasal scrapes from four healthy non-smokers who had been exposed to THS for three hours in a laboratory setting.

The researchers then worked to get good quality RNA from the scrapes -- necessary to examine gene expression changes. RNA sequencing identified genes that were over or under-expressed.

They found 382 genes were significantly over-expressed; seven other genes were under-expressed. They then identified pathways affected by these genes.

"The inhalation altered pathways associated with oxidative stress, which can damage DNA, with cancer being a potential long-term outcome. It's extremely unlikely a three-hour exposure to THS would cause cancer, but if someone lived in an apartment or home with THS or drove a car regularly where THS was present, there could be health consequences," added Pozuelos.

Because gene expression in the nasal epithelium is similar to the bronchial epithelium, the researchers also noted that their data is relevant to cells deeper in the respiratory system as well.