Football is a good tool for the prevention and treatment of type 2 diabetes and other lifestyle diseases. 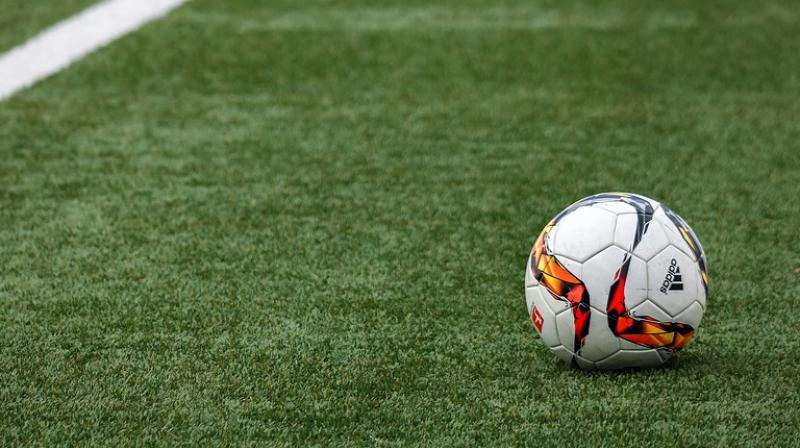 Washington: Turns out, playing football helps increase the bone strength of diabetic patients (male and female) between 55 to 70 years.

Individuals with prediabetes and type-2 diabetes have a higher prevalence of osteopenia. A recent study confirmed that football is effective for osteogenic training and that it has significant positive effects in the legs and clinically important femoral sites.

In the study, Dual-energy X-ray absorptiometry (DXA) scans were used to evaluate the initial bone health of the participants as well as the training-induced effects, along with blood samples to determine plasma markers for bone turnover and bone formation.

After 16 weeks of training, between-group changes in favour of football training were observed for the bone mineral content of the femoral neck (3.2 percent) and femoral shaft (2.5 percent) as well as for bone mineral content (32 g). Plasma osteocalcin and P1NP were elevated in the football group by 23 percent and 52 percent respectively, with greater changes than in the control group.

"Football is a multipurpose sport that combines strength, endurance, and high-intensity interval training, and this makes it a good tool for the prevention and treatment of type 2 diabetes and other lifestyle diseases," said a lead researcher, Peter Krustrup.

The 55-70-year old women and men participating in the present study had poor bone health, poor metabolic fitness, and poor aerobic fitness. Around three-quarters had weak bones (osteoporosis or osteopenia in the legs).

The idea of football for old patients with poor bone health is new. A modified version of football-'Football Fitness concept' has been deemed feasible and effective for the middle-aged and elderly patients.

The participants took part in a football training which encompassed a thorough warm-up, ball drills in pairs and games on small pitches. This type of football was observed to be suitable for 70-year-old women and men with poor bone health and pre-diabetes.

"Normally, you wouldn't think of football as something for 70-year-olds with low physical capacity or poor bone health, but we saw promising training effects and excellent attendance even though the training took place outdoors in the winter time. The participants formed good relationships, had fun together and many of them have continued to play Football Fitness," added another researcher Magni Mohr.

This study appears in the Scandinavian Journal of Medicine and Science in Sports journal.