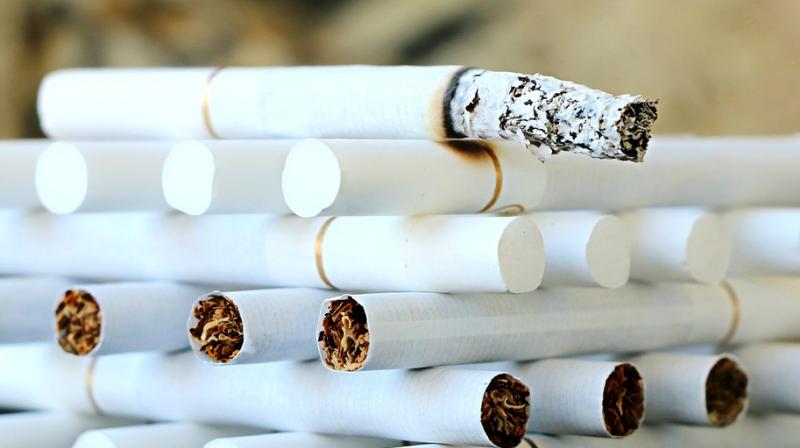 London: Reducing nicotine in cigarettes could make them less addictive and could help control smoking rates, a recent study states.

"This study provides a very encouraging indication that reducing the nicotine content of cigarettes would help vulnerable populations," said Professor Stephen Higgins, who led the study. "This is highly encouraging news with tremendous potential to improve public health."

In light of the findings, the Food and Drugs Administration in the US are set to impose changes on cigarettes in order to "protect kids and significantly reduce tobacco-related disease and death". If the move is successful, Brit experts have claimed that it is only a matter of time before it's introduced in the UK too.

"A number of studies have examined reducing the nicotine in cigarettes, with promising results," Linda Bauld, professor of health policy, University of Stirling, told The Sun. "This would make smoking less appealing and addictive. In carefully controlled trials, there is some evidence it could help smokers cut down or quit.

"However, there will be big challenges implementing this in the real world. "Cigarettes are available globally, and selling less addictive products in the USA could result in a black market in imported or counterfeit products."

Prof Robert West, professor of health psychology, UCL, agreed adding: "If we could move directly from where we are to a world where no accessible tobacco product contained addictive levels of nicotine that might work. "Unfortunately this will not happen and in the meantime the demonisation of nicotine could undermine the complementary approach of encouraging smokers to switch to less harmful forms of nicotine use such as e-cigarettes."