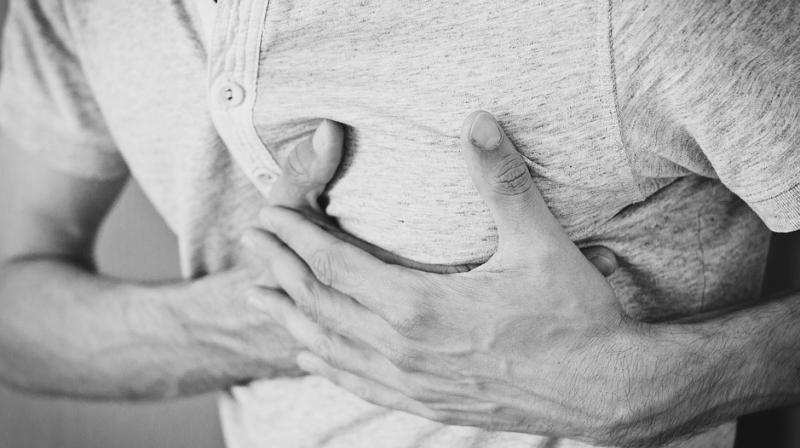 The challenge for doctors is knowing which plaques are most likely to cause blockages, and therefore which patients should be treated with more aggressive therapies. (Photo: Pixabay)

London: A new technology that can flag patients at the risk of deadly heart attacks years in advance has been developed by scientists, including one of Indian origin.

Created by researchers at the University of Oxford in the UK and colleagues, the technology analyses computed tomography (CT) images of the fat surrounding the arteries to detect the inflamed plaques that can cause heart attacks.

It uses a new biomarker, called the Fat Attenuation Index (FAI), which has been tested for the first time in a large study published in The Lancet journal.

Heart attacks are usually caused by inflamed plaques in the coronary artery causing an abrupt blockage of blood getting to the heart.

The challenge for doctors is knowing which plaques are most likely to cause blockages, and therefore which patients should be treated with more aggressive therapies. The team has shown that the most dangerous plaques release chemical messengers which modify the surrounding fat.

"This is an exciting new technology which has the potential for providing a simple, non-invasive answer to detect patients at risk for future fatal heart attacks," said Professor Milind Desai, from Cleveland Clinic in the US.

The study involved 3,900 patients from Europe and the US, who were followed up for ten years after they had a CT coronary angiogram. The technology was found to predict fatal heart attacks many years before they happen, with a significantly superior predictive accuracy compared with other methods, researchers said.

People with abnormal FAI had up to nine times higher risk of having a fatal heart attack in the next five years. Importantly, these patients would be the ideal candidates for aggressive medical therapy to prevent this from happening, researchers said.

"This new technology may prove transformative for primary and secondary prevention," said Charalambos Antoniades from the University of Oxford.

"For the first time we have a set of biomarkers, derived from a routine test that is already used in everyday clinical practice, that measures what we call the residual cardiovascular risk, currently missed by all risk scores and non-invasive tests," Antoniades said.