Elevated blood pressure is documented to be one of the most important risk factors of cardiovascular diseases. 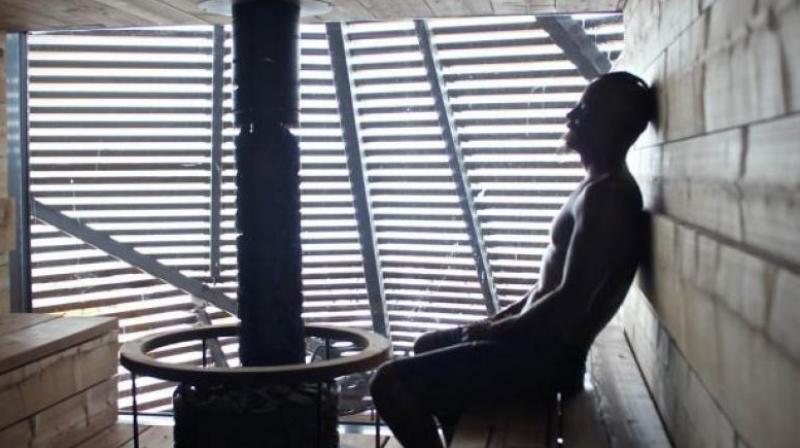 Elevated blood pressure is documented to be one of the most important risk factors of cardiovascular diseases. (Photo: AFP)

Taking a sauna bath four to seven times a week may reduce the risk of high blood pressure by nearly 50 per cent in men, a study claims.

Previous research has shown that frequent sauna bathing reduces the risk of sudden cardiac death, and cardiovascular and all-cause mortality.

Elevated blood pressure is documented to be one of the most important risk factors of cardiovascular diseases.

Researchers from University of Eastern Finland found that the risk of hypertension was 24 per cent decreased among men with a sauna frequency of two to three times a week, and 46 per cent lowered among men who had a sauna four to seven times a week.

A sauna is a small room or building designed as a place to experience dry or wet heat sessions.

The study, published in the American Journal of Hypertension, found that sauna bathing may decrease systemic blood pressure through different biological mechanisms.

During sauna bathing, the body temperature may rise up to two degrees Celsius, causing vessel vasodilation or widening of blood vessels, researchers said.

Regular sauna bathing improves endothelial function, ie the function of the inside layer of blood vessels, which has beneficial effects on systemic blood pressure.

Sweating, in turn, removes fluid from the body, which is a contributing factor to decreased blood pressure levels.

Additionally, sauna bathing may also lower systemic blood pressure due to overall relaxation of the body and mind, they said.

Researchers studied 1,621 middle-aged men living in the eastern part of Finland. Study participants without elevated blood pressure of over 140/90 millimetre of mercury (mmHg) or with diagnosed hypertension at the study baseline were included in the study.

Based on their sauna bathing habits, men were divided into three sauna frequency groups: those taking a sauna once a week, two to three times a week, or four to seven times a week.

During an average follow-up of 22 years, 15.5 per cent of the men developed clinically defined hypertension.